Meet The ‘Wolves,’ The Newest Villains Of AMC’s ‘The Walking Dead’

In last night’s episode of The Walking Dead, Rick Grimes and the survivors finally made their way into the Alexandria Safe Zone, a self-sustaining housing development where an actual human civilization exists. There, we met Alexandria’s oh-so-benevolent leader, Deanna, who was quick to offer Rick and his crew houses and jobs within the community. Alexandria seemed almost too good to be true, and it may still be, but if there’s anything we learned from last night’s show, it’s not the citizens of Alexandria that pose the biggest threat.

Recall the midseason premiere, where there were several nods to “wolves” hidden in the episode. It’s written out here:

In these two shots, you can see the “W’s,” warning the arrival of the wolves. 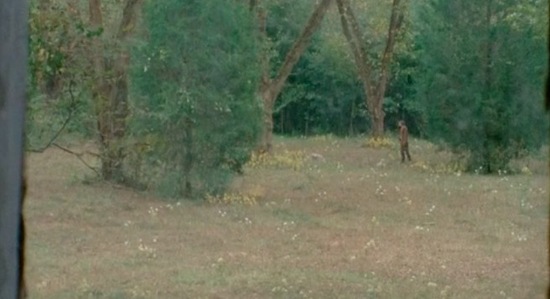 It turns out, however, that the “wolves” aren’t the enemy of Rick’s gang. THEY ARE Rick’s gang. They are the wolves, and that metaphor was obvious throughout last night’s episode, from the moment they walked in like a feral pack of dogs. Here’s the thing about wolves: They are pack animals. Wolf packs stick together, as Rick’s gang demonstrated by sleeping in the same house. They mark their territories, and they DO NOT join other packs. In fact, a large percentage (in some cases, more than 50 percent) of wolf deaths come as a result of fights with other wolf packs.

That’s exactly what was going on in last night’s episode. Rick — R.I.P. Rick’s beard — is the pack leader (along with Michonne); Carol — as she noted herself — is the “den mother” — and Daryl is the “lone wolf,” or the guard dog, as the episode took pains to demonstrate. The rest of Rick’s pack also illustrated how much stronger they were than the weak wolf pack in possession of Alexandra, and by episode’s end, it had become apparent that Rick would not deal with threats from the citizens by taking his family and leaving Alexandra, but by taking over their territory. The Alexandria citizens are set to become prey for Rick and his pack.

As Rick told Deanna himself, she never should’ve opened the gates because it’s all about survival now, and the strong will prey upon the weak.

This was not the first hint of this plot turn, either. Remember the midseason finale of The Walking Dead, where Rick delivered a line like one from Gareth, the leader of Terminus? Andrew Lincoln even expanded on that in an interview with EW:

And that’s exactly what’s going on in Terminus. He’s becoming one of those people, which is not to say that they’re going to eat the citizens of Alexandria, but you can certainly expect them to mark that territory as their own and exile the rest, which — as Deanna noted — is as good as killing them.

That’s a killer plot twist for The Walking Dead, and I can’t wait to see how it plays out.