In Preacher, words are just as important as actions. This is especially true for the titular Jesse Custer (Dominic Cooper), whose newfound ability to speak what amounts to the “word of God” to anyone or anything with ears can send someone across the country to a gruesome end. Yet the show’s emphasis on the power of words, which comes directly from the original comics by Garth Ennis and Steve Dillon, matters to all its characters.

Take the equally volatile and versatile Tulip O’Hare (Ruth Negga), for instance, a career criminal who also happens to be Jesse’s ex-girlfriend. She seems poised to use his words as much as her brawn to survive the series’ more interesting moments. Just one reason why her character is nothing at all like other female characters on TV.

She Knows When (and How) to Fight

In a clip teased by the official Preacher Twitter account in April, Tulip fights off a pair of men in a moving car, the trajectory of which changes from a rural Kansas highway to the middle of a cornfield. Without the full context of the first gunshot, she manages to dispatch her first assailant with ease. However, when the second antagonist tries to choke her to death from the back seat of the car, that’s when things take a literal turn and the cornstalks start flying. Yet she never waivers from her mission, which is to stay alive long enough to outlast the competition and get what she’s after.

Her Words Shoot Straighter Than Her Bullets

As violent as Preacher‘s characters can be, however, many of them know when and how to use their words to even greater effect. So when Tulip finds herself at the mercy of a 10-year-old girl and her younger brother, she knows just what to say and how to say it in order to prepare her next move. Realizing that her enemies are hot on her tail and that she must defend herself and her newfound, juvenile friends, Tulip engages in a productive “arts and crafts” session with her hosts which yields, well, an impressive weapon. She even throws in a free lesson in female empowerment, saying that “a woman needs to know how to be strong, to stand on her own.”

She Knows How to Improvise

When it comes to readying herself for battle, Tulip studies her surroundings and wastes nothing that can otherwise be put to good use. She’s basically the native handywoman of the Preacher world. Even if it’s just her, two kids, a bunch of scrap tin cans, toy soldiers and a few good chugs of homemade corn whiskey versus the bad guys, Tulip will come out swinging. Not only that, but you feel pretty confident that she’ll win. Every time. There’s no fight that Tulip isn’t willing to participate in, and whenever she suits up for the challenge, she’s always ready for whatever surprises might come screaming her way.

Even if that surprise is her ex-boyfriend and partner in crime, Jesse Custer. Little is known about the preacher’s past when the audience first meets him, but it’s rife with work of a less godly nature. Work that he did with Tulip, his former fellow criminal and lover. That’s why Preacher‘s biggest badass has come back to Annville, Texas. Not to take in the sites and sit among the pews of the All Saints congregation where Jesse attempts to preach, but to try to whisk him away for the “job to end all jobs.” Jesse isn’t interested, but as Tulip makes sure to remind him, they ‘are who they are.’

Where this thing is headed we don’t know, but we sure as hell can’t wait to find out.

Did you miss the first episode of ‘Preacher’? If so, you can catch up right here — and then watch Tulip O’Hare come at you from the heights of heaven and depths of hell every Sunday at 10 p.m. ET, only on AMC. 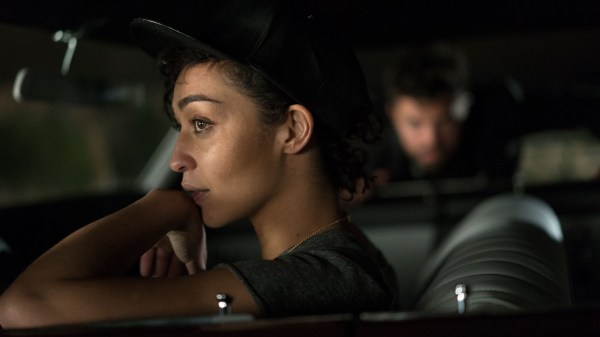