Rush Limbaugh Is Really Pissed At Mandy Patinkin, Believes He Has Ruined ‘Homeland’ 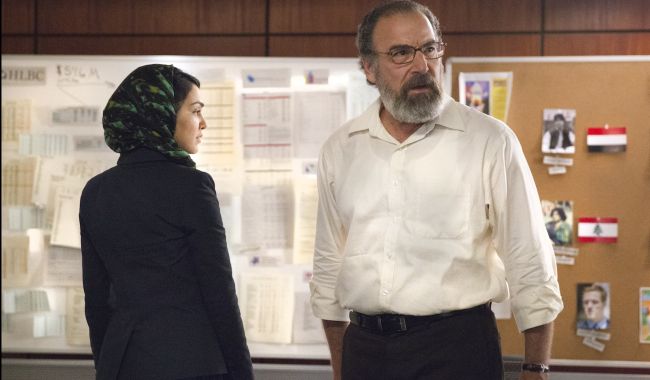 Mandy Patinkin and Rush Limbaugh are both older men in the public sphere. That is the only thing they have in common. Outside of the fact that they’re both in their early 60s and share a Y chromosome, the two are opposed in every possible way: Morally, intellectually, physically, spiritually, facial hair-ly.

Patinkin is a passionately liberal and empathetic actor and activist with a robust beard that rivals Zeus’s own. He’s a man who travels to Greece to assist Syrian refugees, who writes op-eds about welcoming immigrants into America, expounds to the New York Times about Ted Cruz misunderstanding the heart of The Princess Bride, and, as of last night, discusses compassionate foreign policy on Charlie Rose. Limbaugh, meanwhile, is a passionately stupid man with misogynist and racist tendencies who has actually said the words “some people are born to be slaves” and believes immigrants to be an “invasive species.”

Somehow, though, because we live in a world where nothing is sacred and nobody is safe, the paths of Mandy Patinkin and Rush Limbaugh have converged. This is because Rush Limbaugh is suddenly, powerfully mad at Mandy Patinkin, so mad that he’s devoted an entire segment of his show to tearing into him. Mandy Patinkin — the most harmless man ever to spontaneously sing “Somewhere Over The Rainbow” in Yiddish — has awoken the beast that is Rush Limbaugh, whose ensuing outcry is wildly nonsensical, hilarious, and contradictory in a way that’s almost impressive. It is our gift to you, dear reader, on this day before the day before Christmas.

On yesterday’s Rush Limbaugh Show, in a segment entitled “Mandy Patinkin Ruins Homeland!” (the transcript of which is online, don’t find it and give him traffic, guys, just let me tell you about it!!), Limbaugh tore into Patinkin, a man whose name he has a fair amount of trouble pronouncing and who he heretofore believed to be a “clothing designer.” “I might be confusing him with… I haven’t the slightest idea,” said Limbaugh, who went on to explain that Patinkin has destroyed Homeland and possibly the world at large by appearing on Charlie Rose to talk about treating immigrants with respect and empathy.

Here’s a sample of the type of benign things Patinkin said to Rose: “[Playing] Saul Berenson has taught me to be more hopeful and more optimistic. He has taught me to go to Greece and hold these families in my arms. Saul Berenson believes that this kind of inhumanity toward man will one day stop.” Here’s a sample of the the type of batsh*t response that this incited in Limbaugh: “Saul Berenson does not have a Social Security number. Saul Berenson does not exist. But in Mandy Patinkin’s head he does, and in Mandy Patinkin’s head there are all kinds of life lessons he’s learning pretending to be this guy, and that’s why people think actors, you know, sometimes they’re not all there.”

Limbaugh — not content merely to imply that Mandy Patinkin is insane — went on to explain a recent plot line on Homeland in evocative detail as proof that Patinkin is a hypocrite, thus entirely destroying his own point about the necessity of separating the actor from the character.

“Saul Berenson mass murdered a fellow CIA agent who was a traitorous Russian agent. (interruption) It was his girlfriend, right, but she was just faking it in order to get close.  She never really loved him,” said Limbaugh. “She just was pretending to, and he fell for it.  So he arranged for her to be put in the trunk of a car in a scene right out of Goodfellas. They just shot the car up, and she’s dead. Saul Berenson did that. Saul Berenson, a man of love and tolerance who wants to go to Greece and hug everybody, literally participated in the murder of his ex-girlfriend, a CIA agent working with the Russians. No wonder the guy is conflicted.”

Limbaugh closed his rant by explaining that another Showtime series, The Affair, has convinced him never to have an affair, again directly contradicting himself by implying that fictional series can, in fact, teach us something about being human. “Anybody in there ever had an affair? Brian, Dawn, you ever had an affair? Snerdley? (laughing) If you haven’t and you watch this, you’ll never do it. (laughing) You wouldn’t get close to it,” said Limbaugh. “If you had been tempted, this program would talk you out of it.”

Limbaugh concluded his show thusly: “Poor old Mandy Patinkin, and a lot of other people.” Limbaugh, it should be noted, is one year older than Patinkin.