It’s been a very long time, it seems, since the first season of The Walking Dead. In fact, I was rewatching the fourth episode of the series this morning and took that screenshot above. I don’t remember half of those people, and of the 14 people pictured, only two are still alive: Carol and Carl. (Morales may be making an appearance in The Walking Dead companion series).

But that’s not what’s important here. What’s important from Season 1, Episode 4, “Vatos,” is the following speech that Dale gave when he was asked why he continued to wind his watch every day, even though the world had ended.

Here’s what he said: 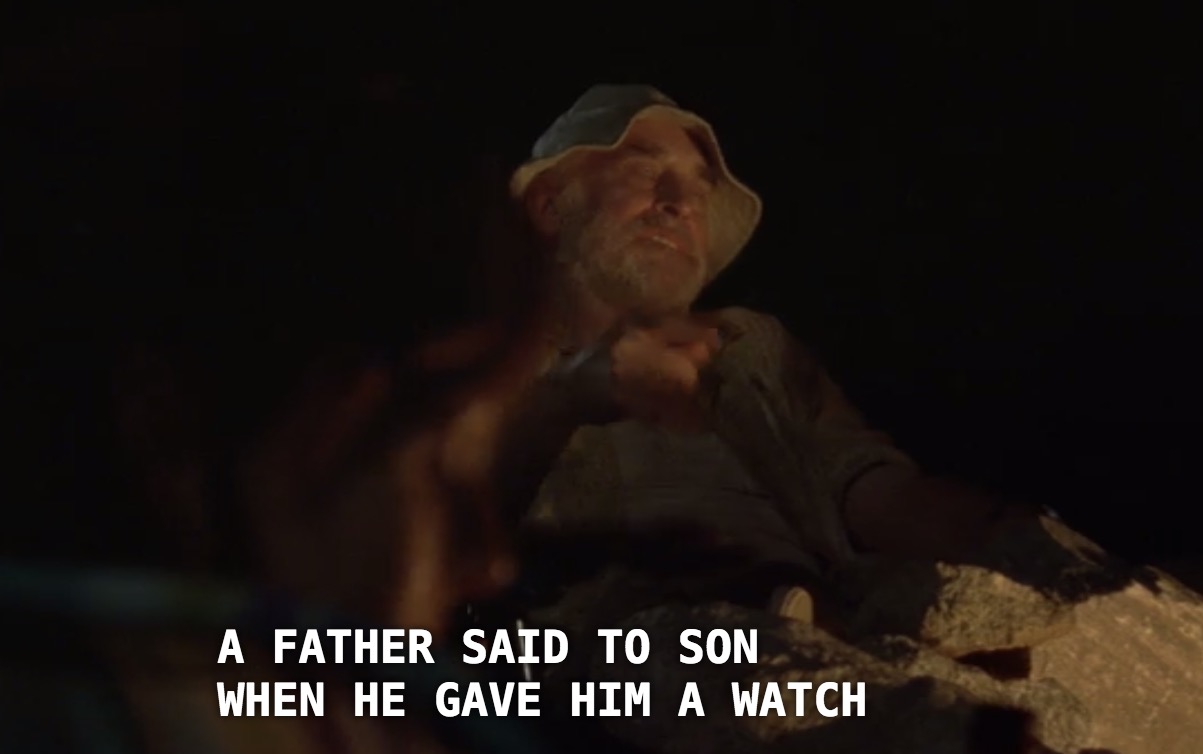 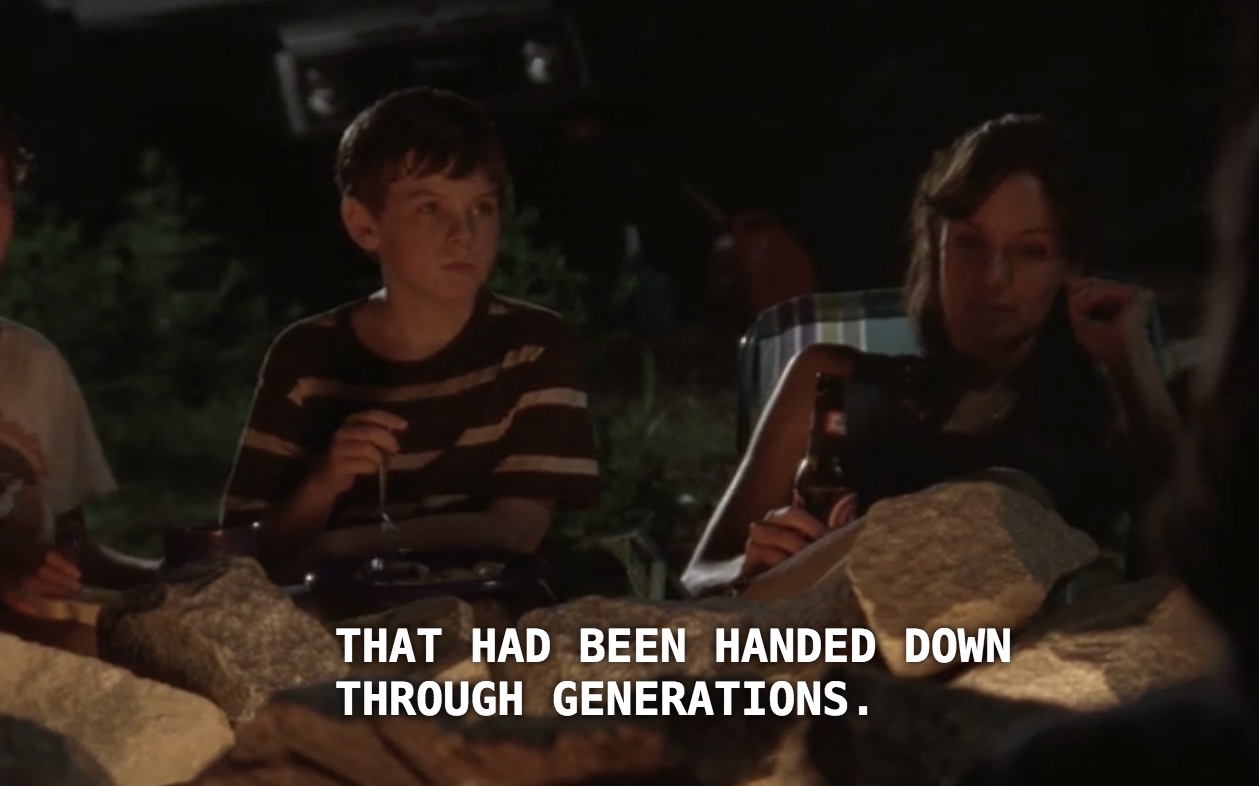 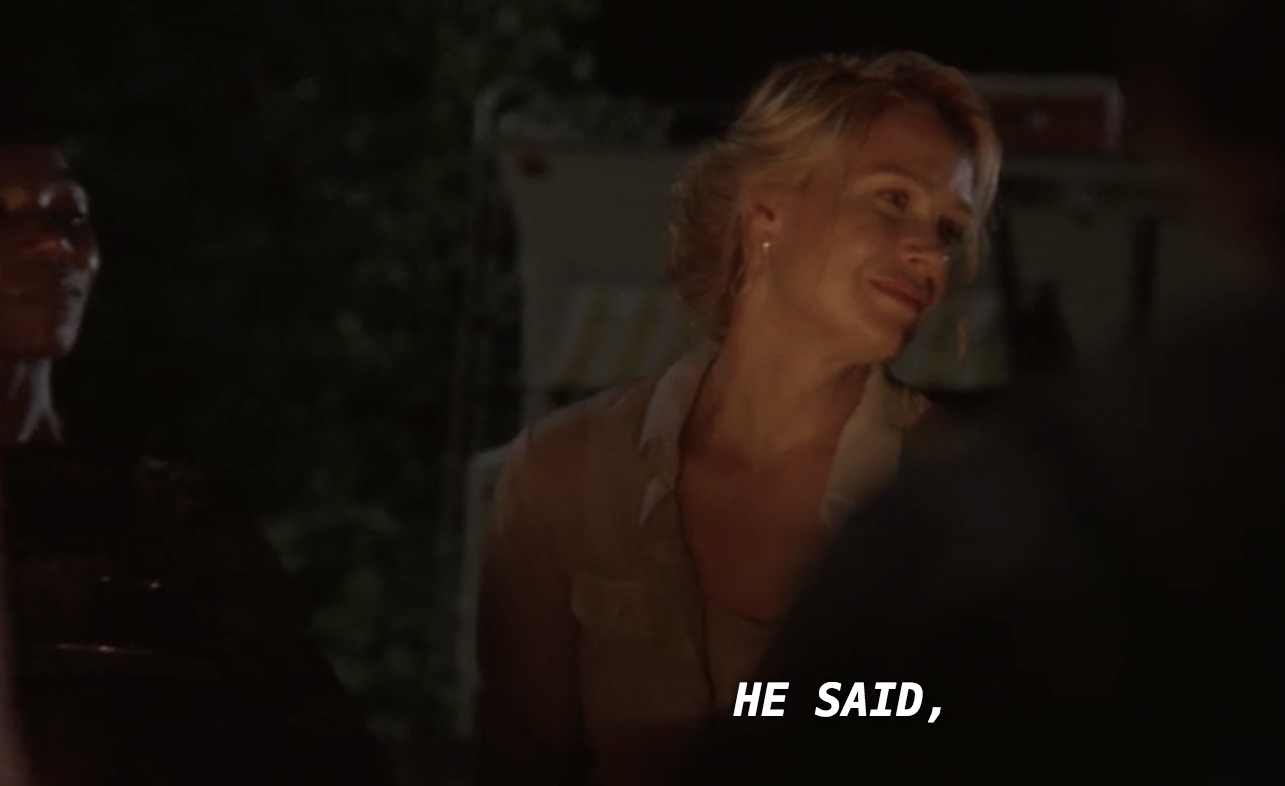 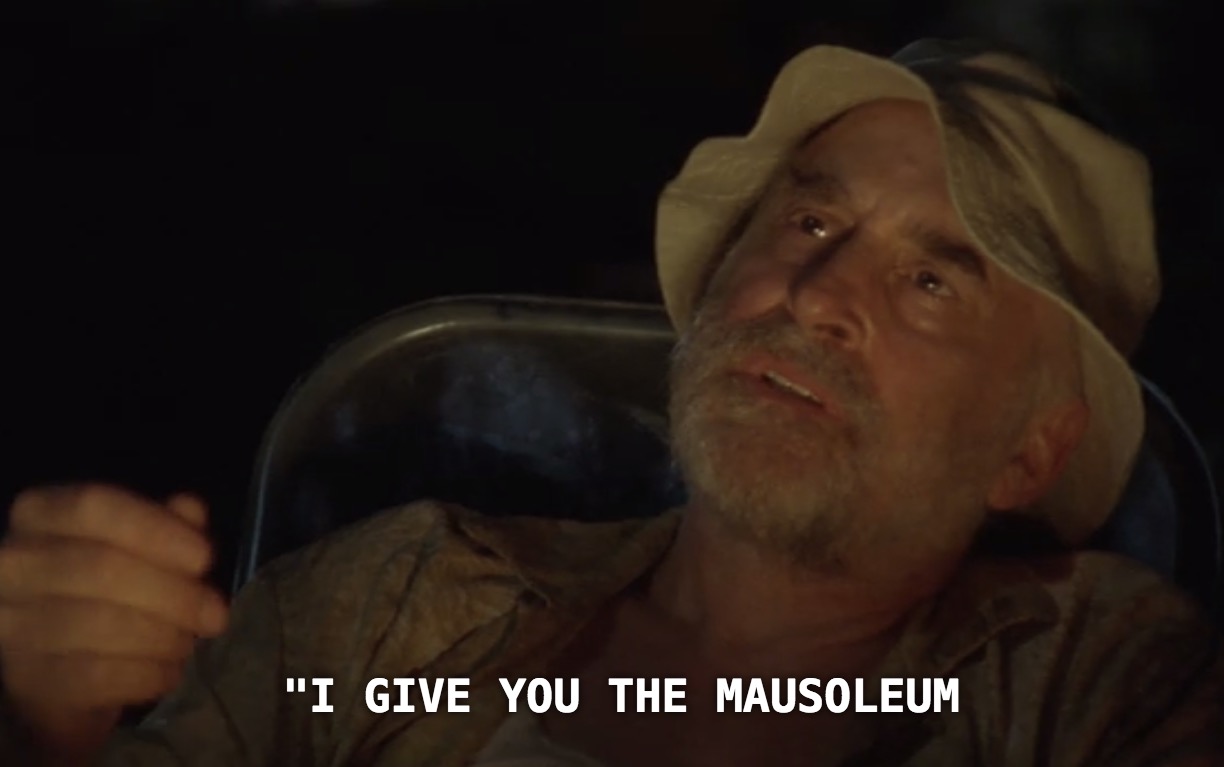 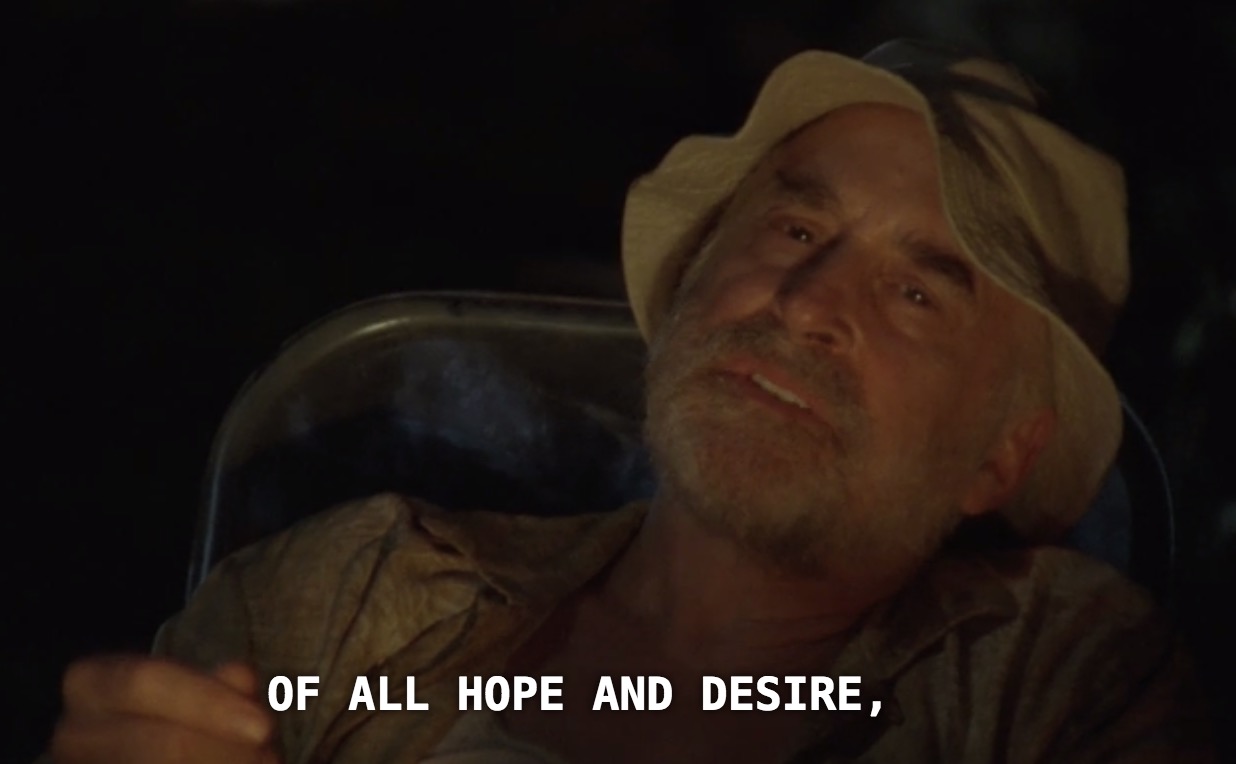 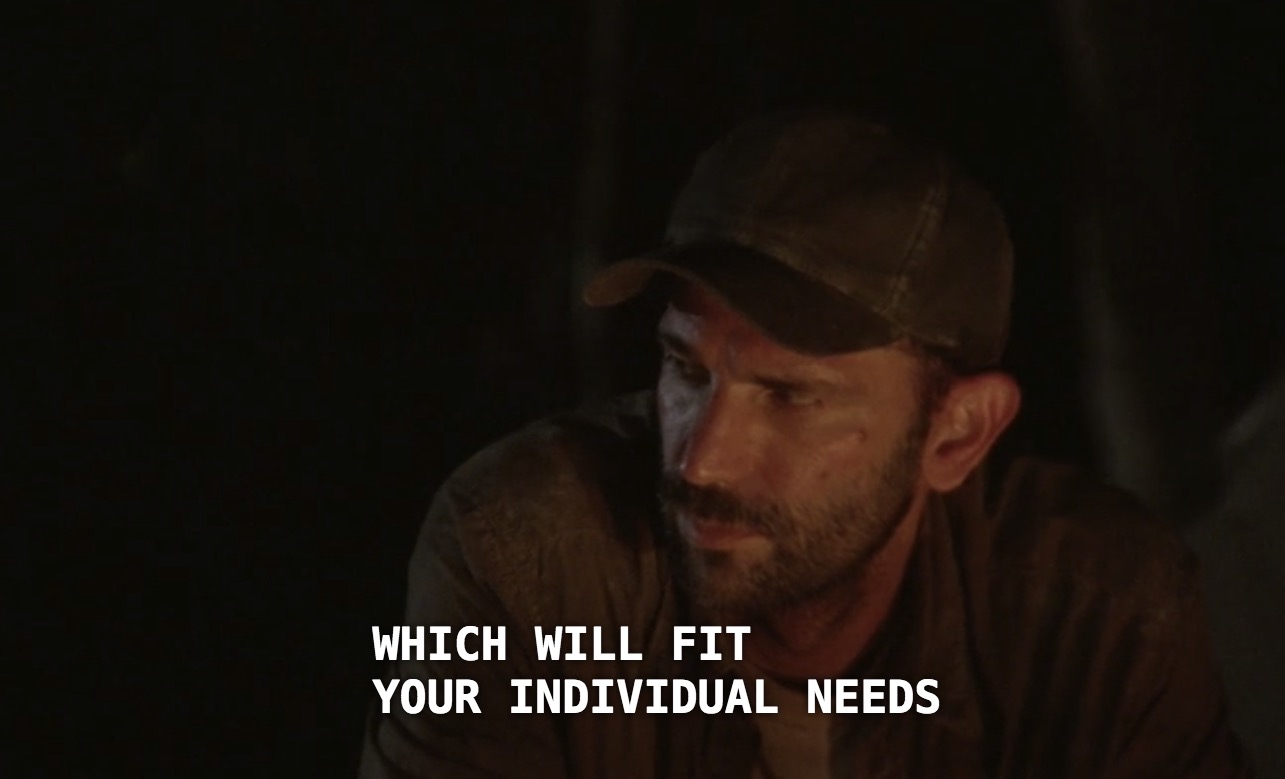 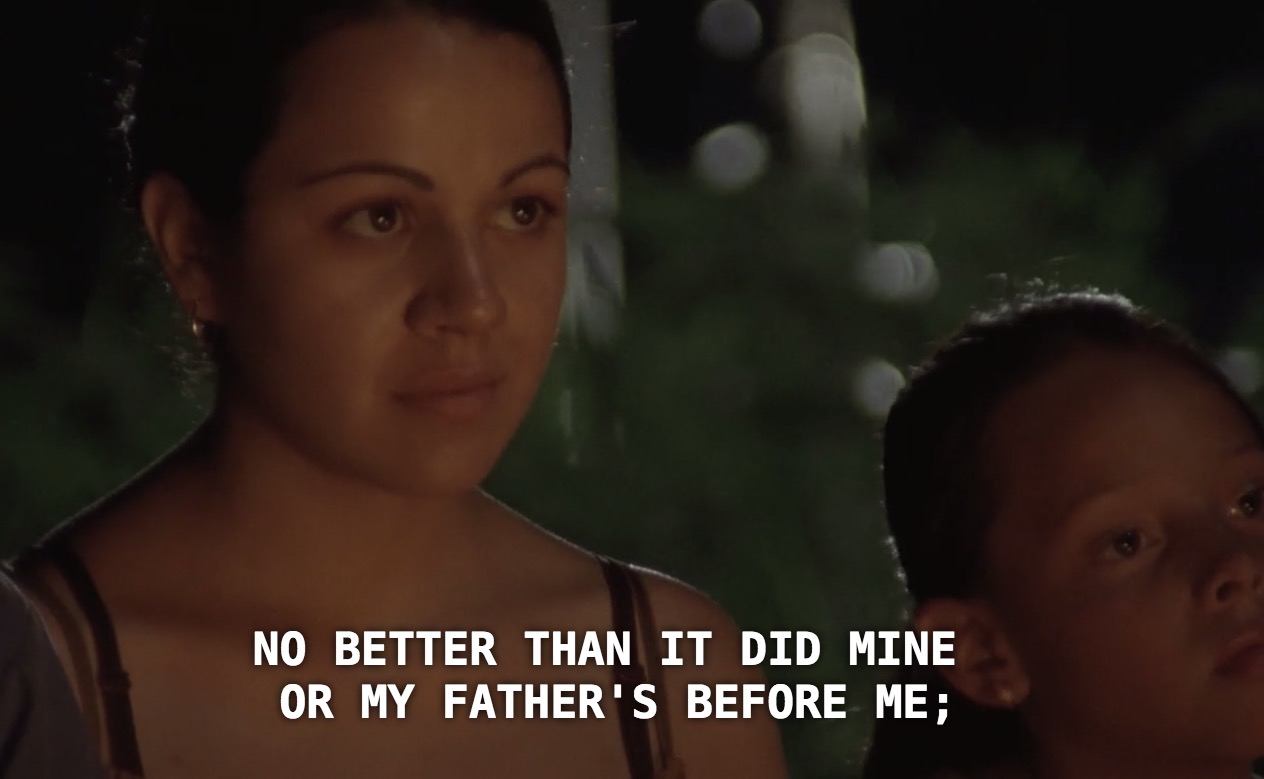 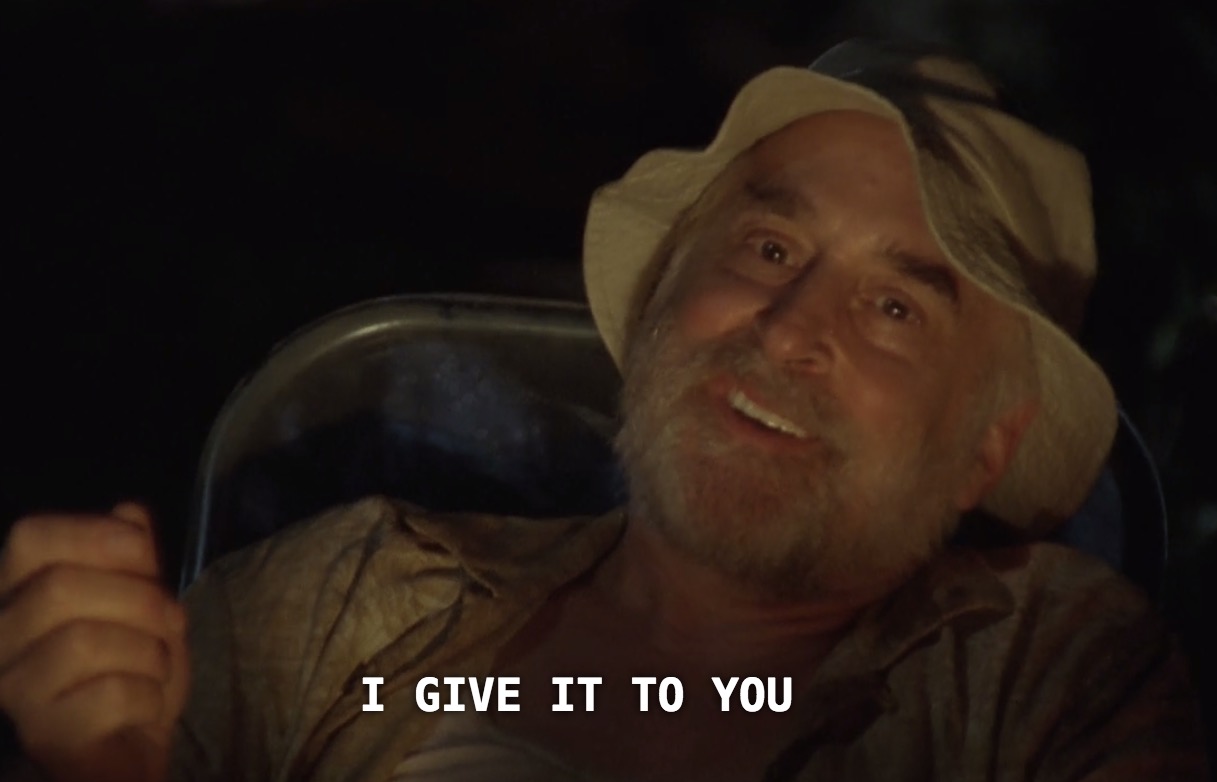 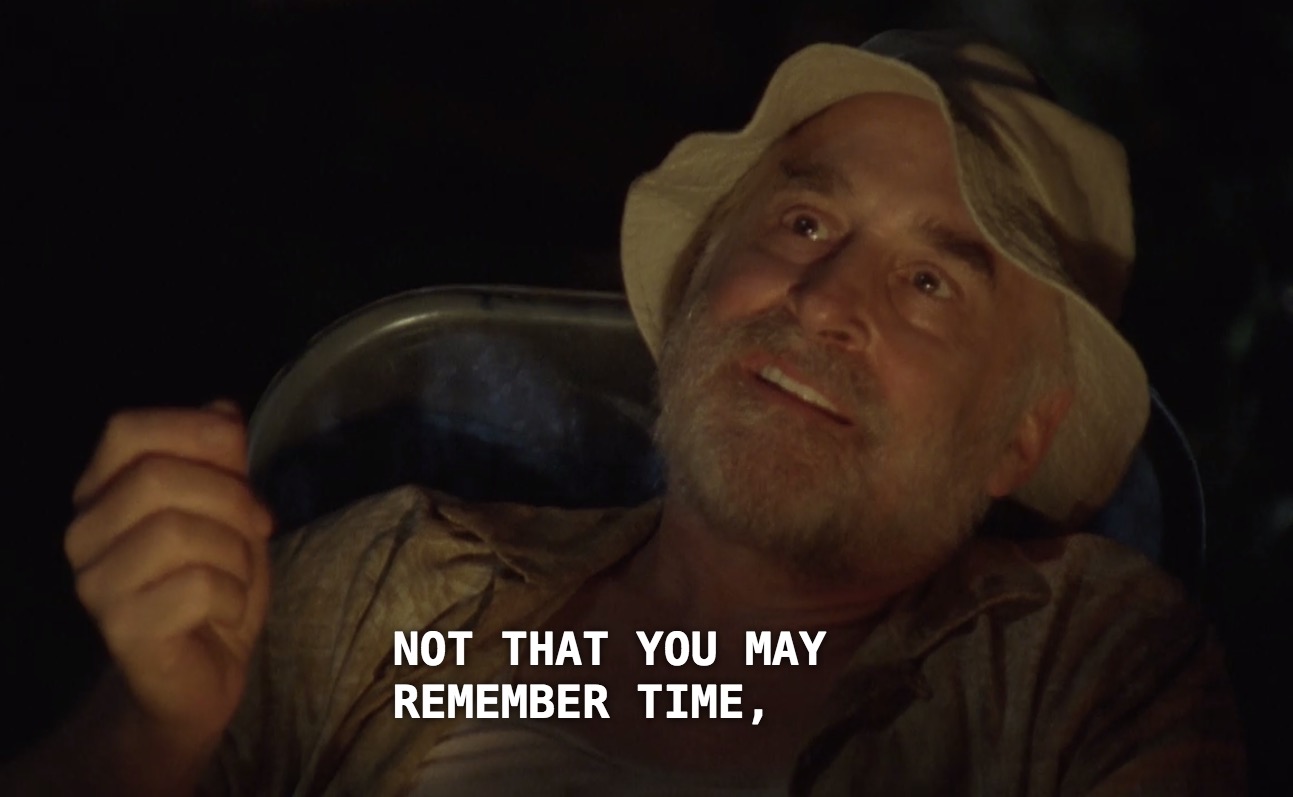 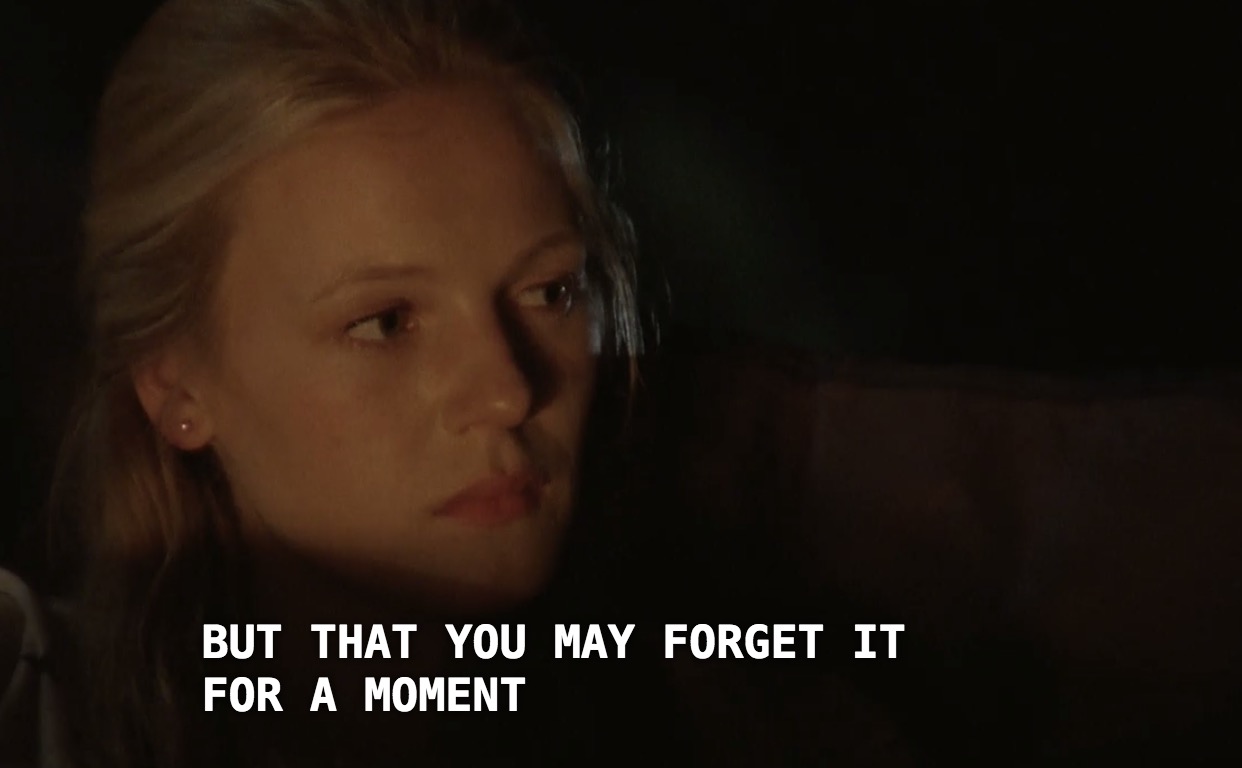 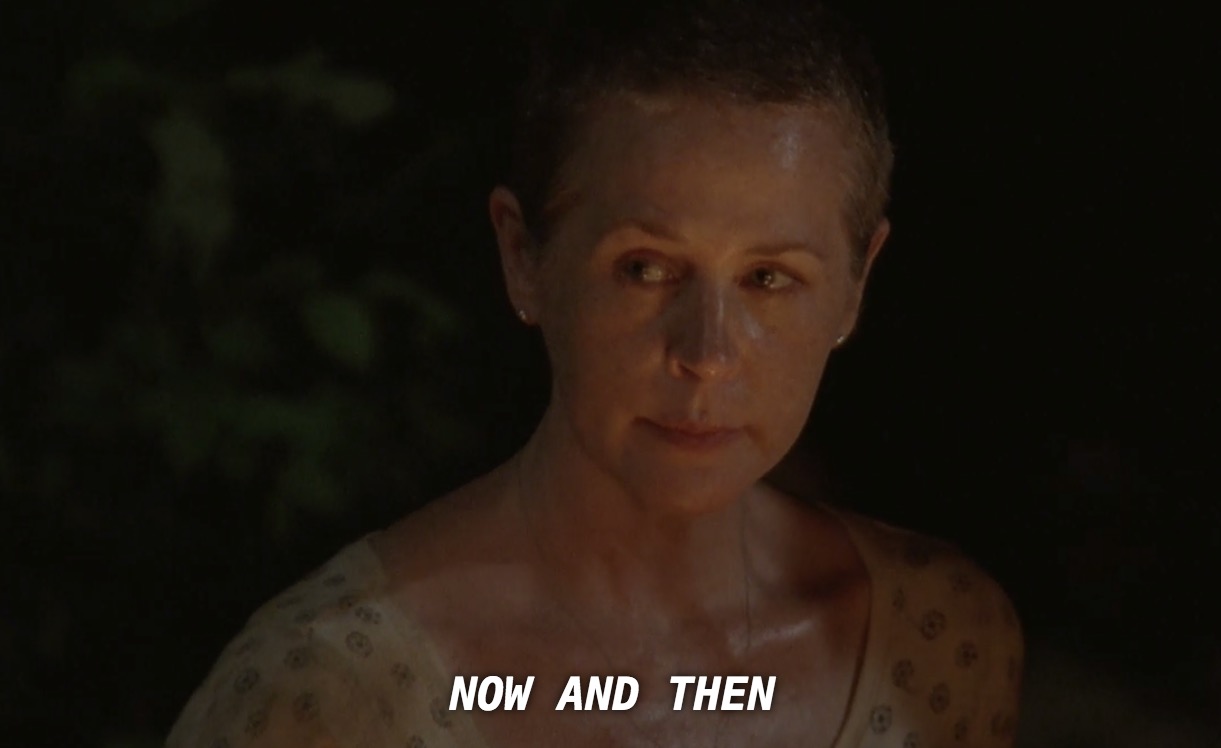 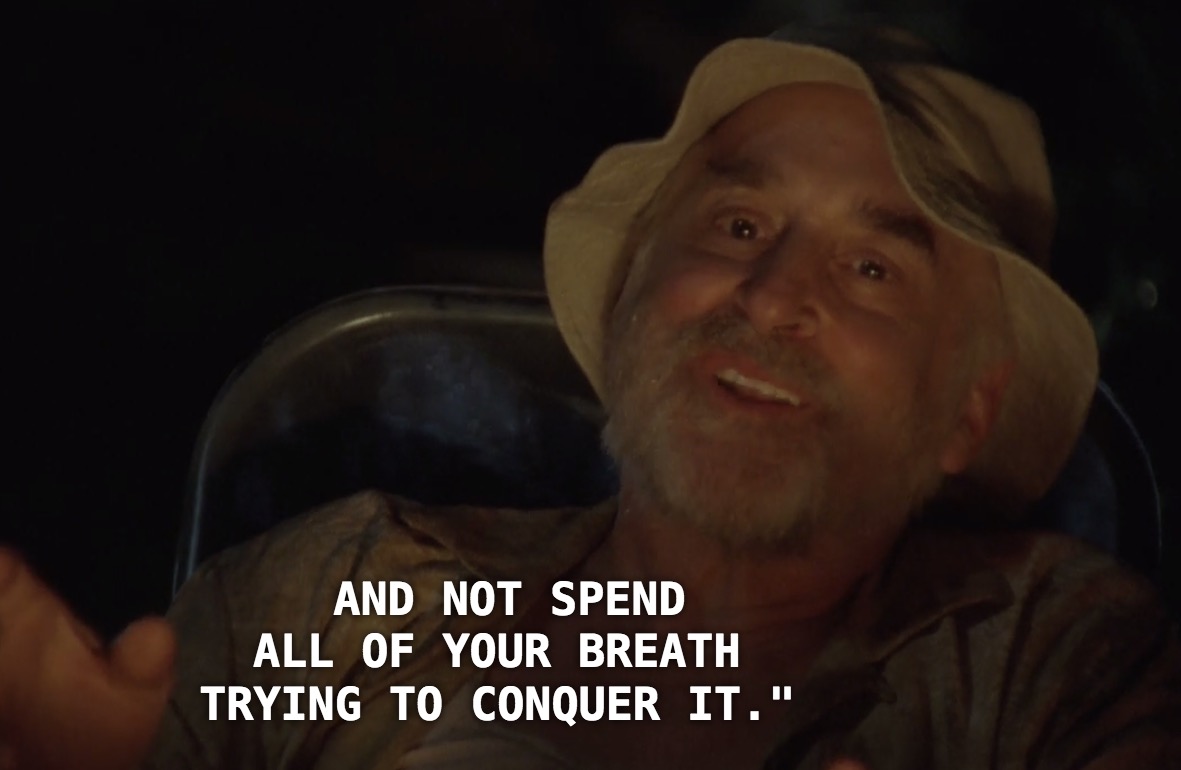 Note the last two lines, especially: “I give it to you not that you may remember time, but that you may forget it. For a moment, now and then, and not spend all of your breath trying to conquer it.”

Note the bolded words and the episode titles of the last five episodes of this season: “Remember,” “Forget,” “Spend,” “Try,” and “Conquer.” They form a callback to Dale’s speech about the importance of keeping time (via All Things Walking Dead).

Isn’t that part of the theme of this half of Season 5 in Alexandria, trying to re-establish order, civilization, organization, and time? But isn’t that also the point of this half season, that Rick and his family do not feel comfortable constrained by time, that they felt more comfortable outside the walls, where they were not limited by the rules of society?

Well done, Scott Gimple. That’s brilliant. Gimple has clearly been modeling Vince Gilligan a lot this season, and The Walking Dead is even better for it.