UPROXX 20: Arielle Kebbel Appreciates Someone Who’ll Pick Her Up At The Airport 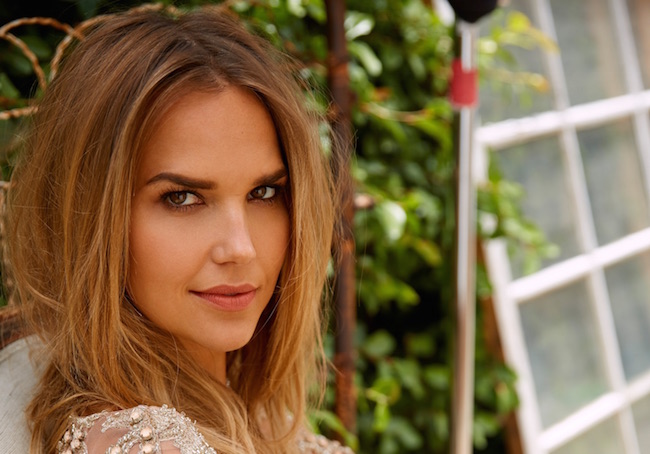 Arielle Kebbel is an actress who can currently be seen portraying Tracy Legette — a Miami sportscaster who is also involved romantically with Dwayne Johnson’s ex-NFL star turned financial manager, Spencer Strasmore — in the HBO series, Ballers. You may have also seen her in shows like True Blood, Gilmore Girls, and The Vampire Diaries, as well as films like John Tucker Must Die and Think Like a Man. The season finale of Ballers airs on Sunday, August 23.

Arielle was nice enough to take a few minutes out of her busy schedule recently to answer a few questions from us.

1. You walk into a bar. What do your order from the bartender?

The Band Perry – I’m such a country music nerd.

3. What’s currently waiting for you on your DVR/TiVO?

I actually got rid of TV for the summer. (BUT – I do go to my friend’s to watch Ballers every Sunday!)

I hardly eat meat, so if I am going to splurge, it would have to be In-N-Out Double Double and a milkshake. I would go to McDonald’s to get their french fries first. Then dip them in the In-N-Out milkshake. Salty and sweet.

CNN, ESPN, Thrillist, Who What Wear, Huffington Post, Daily Love, Variety, the Hollywood Reporter… and I have been known to go to YouTube to watch old Ellen videos when I need to smile.

Depends on the time of day. I have been known to switch from country to rap to Latin within minutes.

7. The first face that comes to mind when you think “punchable?”

The Minions! They’re so darn cute I want to punch them every time they talk.

8. What’s the last thing you googled?

Janet Jackson’s Velvet Rope concert. She turned me onto stiletto boots. Unfortunately for me, I was 12.

Depends on the person. I have recently gifted both Tony Robbins’ Money: Master the Game and also Getting the Love You Want by Harville Hendrix. Both were recommended to me and both have changed my life significantly.

Picked me up from the airport when I least expected it. Made me cry.

Sleep in! Then wake up and have breakfast in bed. Coffee first. Go volunteer at this local animal rescue farm near my house. Head to the beach for a nice swim to decompress. Then alternate between a good game of volleyball and some quiet time with my new book. Meet up with friends to enjoy some good sushi, sake and laughs while we watch the sunset.

Scent of a Woman.

Denver Broncos, Green Bay Packers, and a few pro riders on the equestrian show jumping circuit. Ashlee Bond being one of the fresh, young greats!

Hard to say THE BEST, but I know one of my all-time fav meals was at Mozza on La Brea. I was there for a private party, and it was a special night. Every course we were served was actually better than the last, and I never wanted it to end.

I don’t remember exactly, but I was backstage at a Ricky Martin concert (when I was about 13) and he kissed me on the cheek. I was a changed woman after that ?

I’ve read he has some unusual dining habits, so I would invite him over for a night of cooking and let him chose the menu. While we were busy cooking, I would also be busy asking anything I could get away with about his career/movie choices. He’s been in some of my childhood favs.