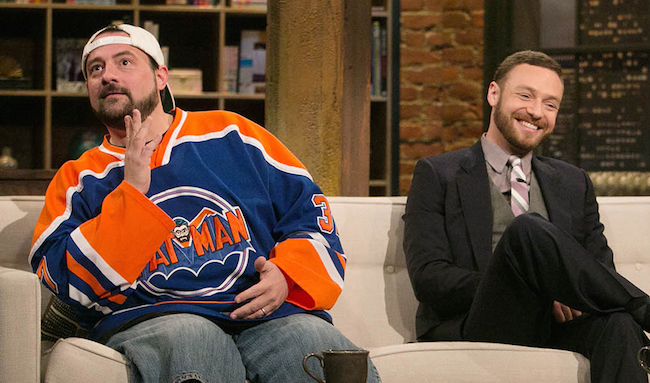 After last night’s heart-stopping episode of The Walking Dead aired, Chris Hardwick had guests Kevin Smith and Paul Bettany on The Talking Dead to discuss what went down (pun intentional) in Alexandria. It was an intense, breathtaking episode, and clearly Kevin Smith had a load to spill (pun intentional) about the events that took place after the wolves attacked. It was a lot to swallow (pun intentional), but I think his metaphor describing the relentless intensity of “JSS” was suitable to the circumstances.

That Kevin Smith! He does have a way with words, doesn’t he?