12 other ways the Patriots have cheated

This is ridiculous. The Patriots have had a mental asterisk in some people’s minds since 2007 when they got caught videotaping the Jets practices. But it’s kind of absurd to think that the Patriots might only be looking at their second punishment for cheating, because they’ve been blatantly cheating for years now. Ballghazi isn’t the league responding to the Patriots as cheaters, it is the league responding to the Patriots slacking off on their cheating. I mean, deflated balls? That’s weak sauce. That’s not the Patriot way. That’s not the level of class and respectful cheating we are used to seeing, and they deserve to get punished for getting so lazy. They need to get back to their cheating roots. They need to bust out the classics that they are known for. For their consideration, I have ranked the best cheats the Patriots have done, hoping that maybe it’ll inspire them to do cheat like true Patriots once more.

12. Take away Tom Brady’s mouth guard so his winning smile blinds the defense
Mouth guards are important for the game of football. They sheild player teeth from hard hits, and protect us from seeing more of Andrew Luck’s mouth. But Tom Brady isn’t most players. Mouth Guards hold back his potential. His winning smile and blindingly white teeth cannot and should not be restrained by plastic because of some “Rule” for “safety”. No. Tom Brady needs his smile to make opposing lineman fail to notice his shifty pocket movements, and so the opposing DBs get caught in the glare and misread the play. 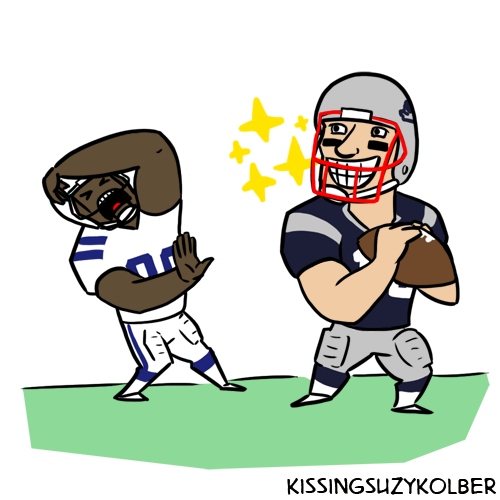 11. Pee in the Opposing Team’s Gatorade buckets.
It’s unnoticeable because the Lemon Lime flavor already looks and tastes like pee. It’s the perfect crime. You won’t get those electrolytes back, losers, now only the Patriots will be hydrated to the max. You think Tom Brady makes all those late game comebacks because he’s good? Hell no. it’s because the other team can’t get hydrated cause they’ve been drinking pee for 3 hours. 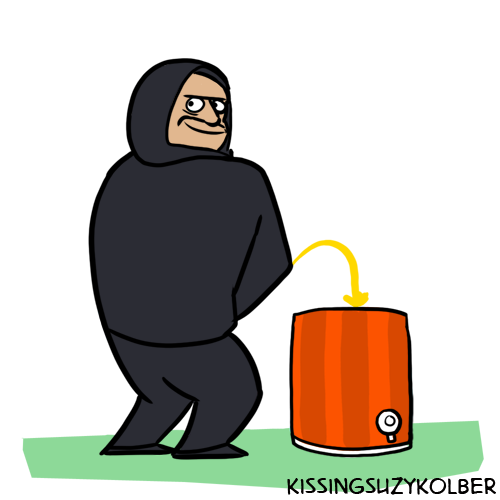 10. Replace opposing team’s playbooks with Chinese Menus
Coaches always have those big play-calling sheets, reading them and coming up with plans. It’s easy, go to the local Chinese place, grab some menus, and swap them out. Coaches have so many code words and fancy names for their plays that it’ll be the second quarter halfway into a Beef and Broccoli before the coach realizes he’s not reading his playbook. Mind games, man. Belichick does them better than anyone. 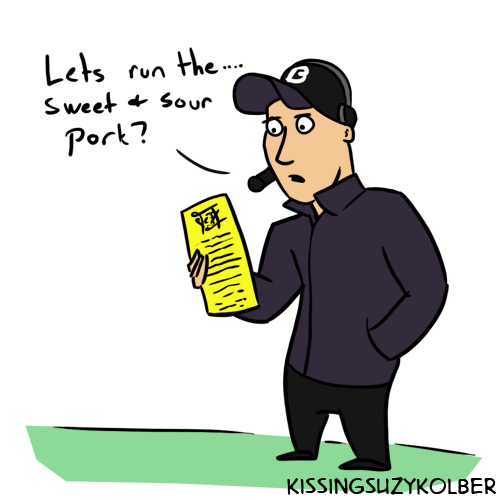 9. Crazy Glue opposing coaches challenge flags
So the refs totally botch a call, and you think you can stand up to the mighty Belichick. You think you can take him. Sure the refs are paid off, or have their daughters held hostage by Bob Kraft. But this call was so obvious. They can’t ignore it, it has to be overturned. You reach in your pocket and grab your challenge flag with a triumphant call, and the flag stays in your hand. it won’t come off. The Patriots run another play and your chance goes out the window. That’s when you realize how hard you just been Belichick’d. How could anyone challenge a man who is 20 steps ahead of everyone else? 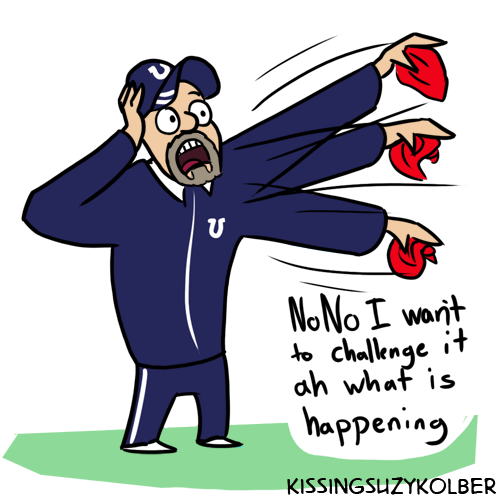 8. Tap the QB-Coach microphone lines in the QB’s helmet to terrible top 40 music stations
QBs sometimes have success against the Patriots and move the ball. That’s what happens when you only draft defenders from Rutgers. But what happens when that QB gets in the redzone and has to hear the next playcall and all of a sudden all they hear is Katy Perry’s Dark Horse? Either you waste a timeout, or you yank your helmet off in disgust and get a penalty. Billy 5 aces strikes again. You think Donovan McNabb threw up in the huddle during the Pats/Eagles Super Bowl because he was nervous? Hell naw, he threw up because he’d been stuck listening to Matchbox Twenty for 3 hours. 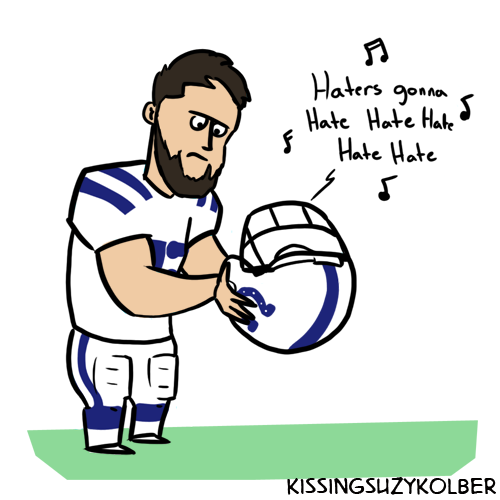 7. Use their own flags and call their own penalties
Let’s face it. Refs are dumb and stupid. They are going to get things wrong and miss valuable holds on Gronk. Well, that’s why the Pats gave Gronk his own flag. If the refs can’t see it, throw a flag. The network will see the flag and not who threw it and the refs will simply be pressured into making the right call. What happens if the ref doesn’t want to apply the penalty? I don’t know, no ref has ever had the guts to challenge Billy Belichamp. 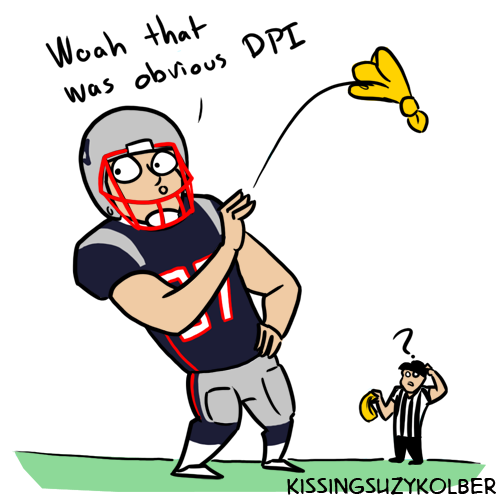 6. Blackmail
Blackmail the the time honored tradition of cheaters and manipulators. Belichick always has room in his cheaters playbook for the classics. Remember when John Kasay shanked that kickoff in 2003? Yeah, he had to, otherwise the world would have found out he was a scat fetishist. 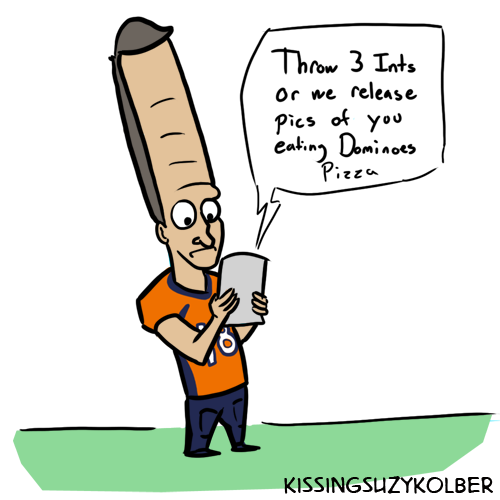 5. Red Bull
Red Bull gives you wings. This one’s a no-brainer. Maybe if Wes Welker had taken his red bull like Belichick told him to in Super Bowl 46 he would have had enough elevation to catch that game sealing pass and win the game instead of getting his tiny “fair playing” butt run out of town to Denver, where he won’t win any Super Bowls ever. You cheat or you lose, Wes Welker. Billy B won’t have none of that losing. 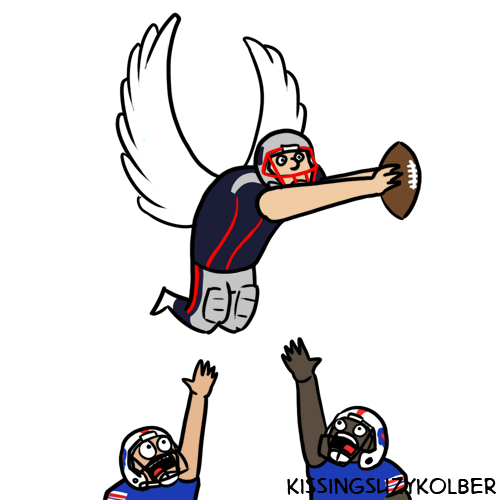 4. Lie to defenders about horrible things during the snap count to break their souls
You can break a man physically, but they can heal. But if you break a man mentally, they’ll never be the same. While Peyton runs around with his Omaha’s trying to trick people into thinking Nebraska is important, Brady brings it to a whole ‘nother level. He once told Bart Scott that his father had fallen from the upper decks and died, and had a loyal plant in the stands shove some random bystander off the third floor so that the ruckus would be noticeable to Scott. Scott broke down in tears and ran off the field and the Patriots scored a touchdown since the Jets only had 10 defenders. 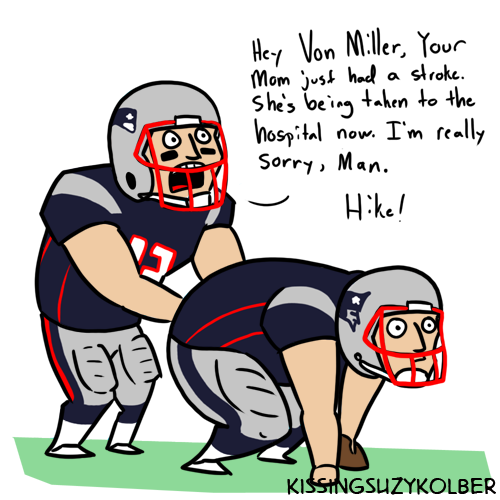 3. Laser Pointers
Sometimes they just use one, always putting the laser on the opposing QB’s chest and making it seems like there might be a sniper. But in recent years the Pats have done away with the subtle trickery on this one and now every defender just has 3 laser pointers on their person at all times. Hard to throw a touchdown when 11 people are irreparably damaging your retinas. 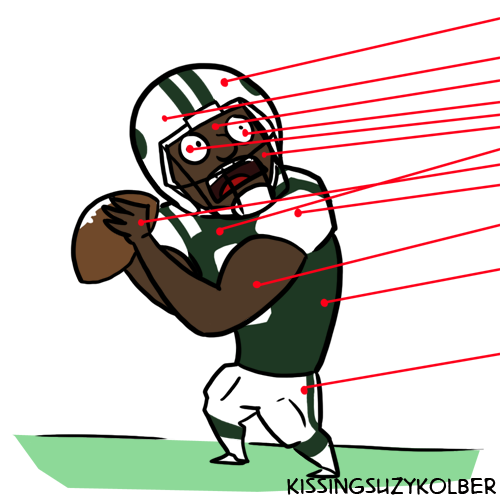 2. Threaten the refs
Refs are weak minded ninnies who wouldn’t know heads from tails on the coin toss if Bill didn’t tell them which one he wanted. Belichick is known for completely dominating the refs. He’s held their daughters hostage over spots. He’s menacingly pointed weaponry at them, from Derringer pistols to RPGs. When refs go under the hood for a challenge? They aren’t watching replays, they are watching video of Belichick skinning a deer. That he killed. 2 minutes ago. It’s not video, he’s literally just skinning the deer behind the screen. No ref will challenge that. 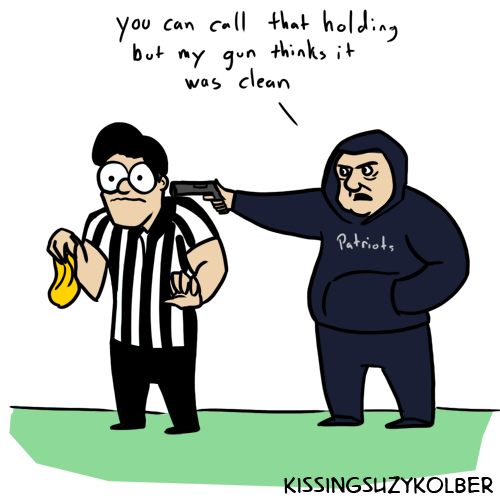 1. Open a portal to Hell
Sometimes games can be tiresome. It gets old sometimes just completely and utterly dominating and embarrassing your opponent. Sometimes you just wanna get the game over with so you can go back to hunting poor people in the backwoods of your estate. That’s when Belichick busts out the big guns. It’s easy to call open a portal to the netherworld when you’re best buds with management. Belichick used to perform sacred rituals to open the portals, but that has been lost in recent years as he now just gives Satan a little ringy dingy on his iPhone and Satan obliges and drags the other team into oblivion. Some say that laziness is why the Patriots haven’t won a Super Bowl since 2004, that Billy’s heart isn’t in it any more. I say rubbish to that. That would mean Belichick has a heart. You don’t win football games with heart, you win them by blatantly cheating, and that’s why the Patriots have been the class of the NFL for 15 years. 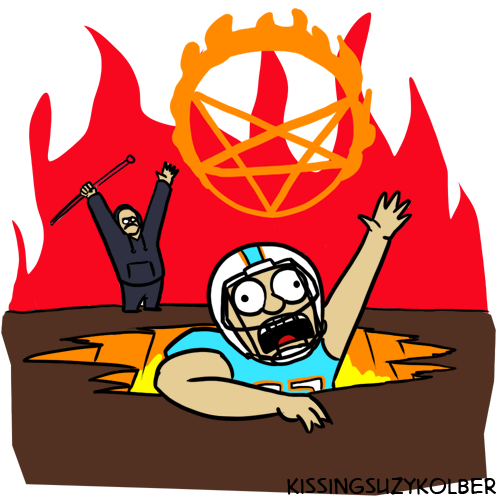