These Runaway Llamas Took Over Twitter And Nearly Broke The Internet 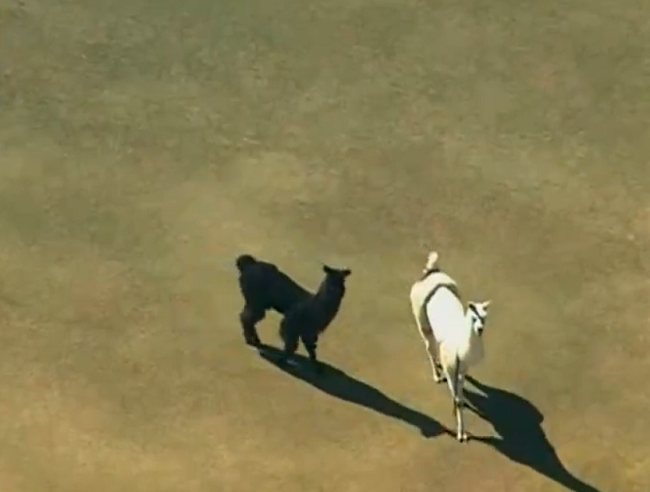 Two runaway llamas were on the loose for hours today, followed by local camera crews and covered by all of the major news outlets. Predictably, the best responses to the chase, however, came from Twitter.

Twitter tracked the highs and lows of the llama chases, from the early close calls to the ducking-and-weaving through traffic and that one time they totally ran right into each other:

Llamas still on the llam. pic.twitter.com/sOWDqJTz1k

This dude was all like "imma catch a llama" pic.twitter.com/gbbWqupBcK

Also, when that guy lassoed the llama from a truck? What a time to be alive.

Once the chase ended, though, the memes started rolling in.

Some users decided to tie the llama chase back to the FCC net neutrality vote and celebrated the fact that two llamas dominated the news cycle, if only for a day:

Between the dress and the llama thing it's really the worst thing that could've happened on the same day we achieved Net Neutrality.

I have no patience for people who want to moralize and say that a little Internet fun means we don't care about the problems of the world.

I think I speak for *literally all of mankind* when I say @NBC should replace 'The Slap' with a weekly hour of llama lassoing. #MustSeeTV

And Zach Braff won for the perfect non-sequitur of the day:

The llama is white and gold. #PeterPanLive