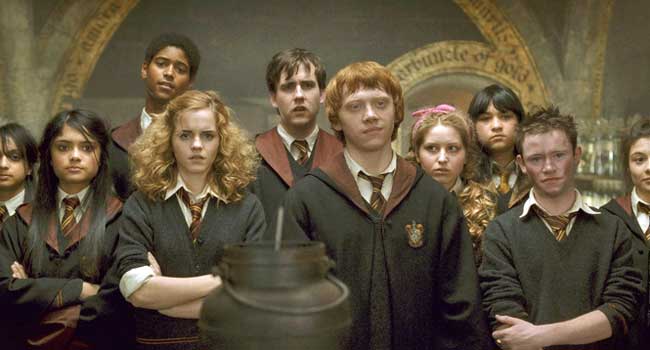 Two graduate interns at Boston University may have found a way to make those boring sex ed classes we all had to take during school a bit more magical. During what they’re calling “Frisky February,” Michelle Goode and Jamie Klufts are offering a sexual health and education course that incorporates the wizarding world into the discussion of consensual sexual intimacy. The course is titled “Sexed at Hogwarts” and aims to use situations from J.K. Rowling’s spell-binding series to discuss a range of topics from responsible drinking and contraception to sexually transmitted diseases.

The interns came up with their brainchild after reading Rowling’s work and feeling disappointed at the lack of sex-talk among the students of Hogwarts, with Klufts telling The Boston Globe:

How can you have a school full of wizards and not talk about sex and sexuality?

Klufts and Goode say they plan to use each book in the series to teach a lesson on sex and sexual health and they hope their class can provide an avenue to get conversations started.

Maybe it’s just me, but I thought Harry Potter was rife with sexual innuendos. Felix Felicis was a potion whose only goal was to help you get lucky (ok, it just made you lucky, but as a 17-year old boy, those two things are the same). The Undetectable Extension Charm, which made the Weasley’s tent bigger at the Quidditch World Cup, could also be used to make other tents bigger, if you know what I mean (and I’m sure all those wizards trapped in that enchanted castle during their pubescent years certainly do). The Room of Requirement is basically the magical version of a high school janitor closet, and our hero, Mr. Potter, not only possessed an invisibility cloak —  which he had to use for more than just sneaking into the library late at night — he also possessed a way with the ladies. That bath scene with Moaning Myrtle was ten times as scandalous as anything in Fifty Shades of Grey.

But, since over 80 people have signed up for the class already, I guess we should just let the Harry Potter sex puns begin.

Via The Boston Globe