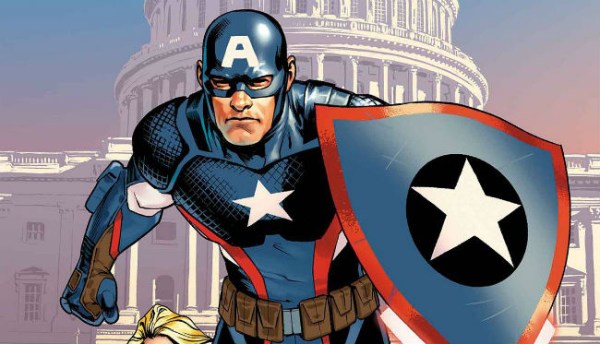 Captain America is generally known for being two things: a pretty good dude and the human embodiment of all that is American. So last month when the creative team behind his new series Steve Rogers: Captain America decided to reveal that he’s secretly been an agent of HYDRA (an organization with a history of being connected to the Nazis) this whole time, it didn’t go over well with fans (or onscreen Cap actor Chris Evans). Well, that’s something of an understatement. As everyone’s favorite former Degrassi cast member would say, it went 0 to 100 real quick, with writer Nick Spencer receiving death threats for his role in the decision.

The outrage in the fan community doesn’t seem to have subsided, either. Despite a few weeks having passed since the revelation, the creative team behind the comic are still receiving hate mail, and apparently it doesn’t stop there.

Assistant Editor Alanna Smith announced today that issue two of the series has been sent to the printers and requested that people, “stop sending me pics of fingernail scratchings on concentration camp gas shower walls…”. She goes on to say that she’s deleting all unread letters to the editor due to not being able to tell what they contain.

It’s an unfortunate situation. On one hand, being unhappy with the decision to make Cap a Nazi is a natural and understandable reaction considering how much the character means to so many people. On the other, death threats and emailing the creative team horrific imagery clearly aren’t the ways to go about expressing one’s complaints. And for those that are wondering whether or not the creative team would allow the reaction to their story to dictate where they take it in the future, writer Nick Spencer set the question to rest earlier on Twitter.

There have been no changes made to our story. https://t.co/DH0ILJCSRe

Fans, however happy or unhappy with the first issue as they may be, may just have to wait and see what happens next. Cap has found his way out of some sticky situations and it’s safe to assume that he’ll find his way out of this one.
Source: Twitter