Christmas has come and gone for another year, yet THE WAR CONTINUES.

So do the hilarious holiday season-inspired stories. Take this one lad from across the pond (that’s a fancy way of saying he probably thinks Oasis is the greatest band of all-time). He came up with the brilliant idea of texting four of his ex-girlfriends, all in one group chat named “Merry Ex-Mas” (of course).

Let’s see how well that turned out. 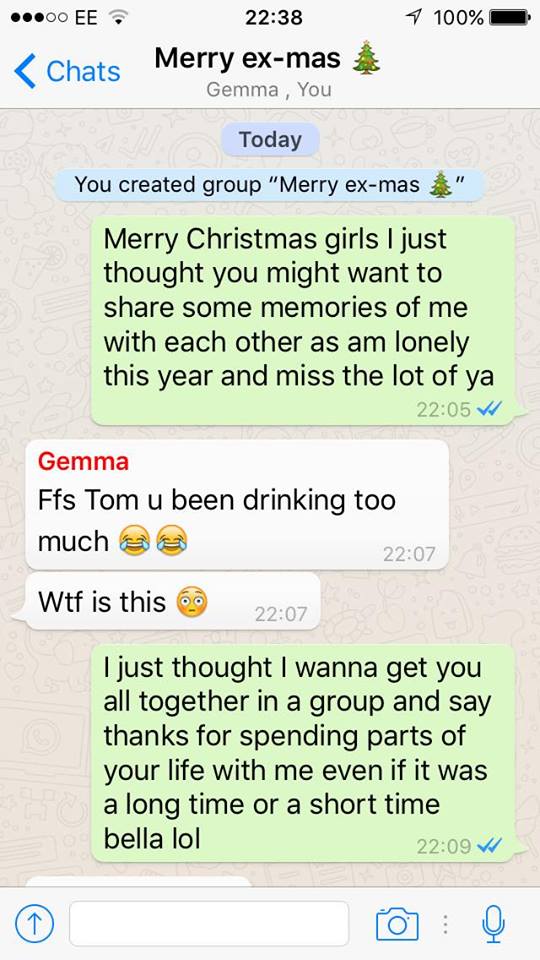 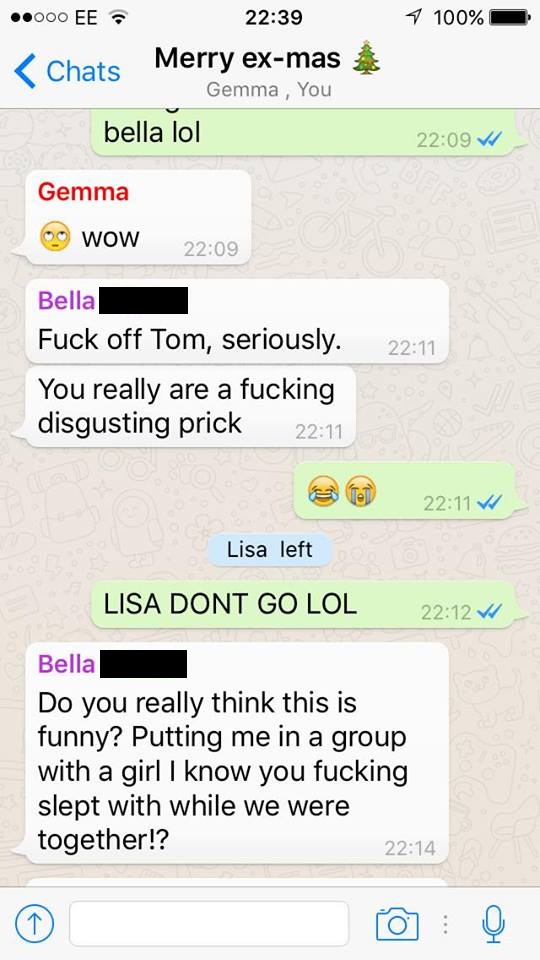 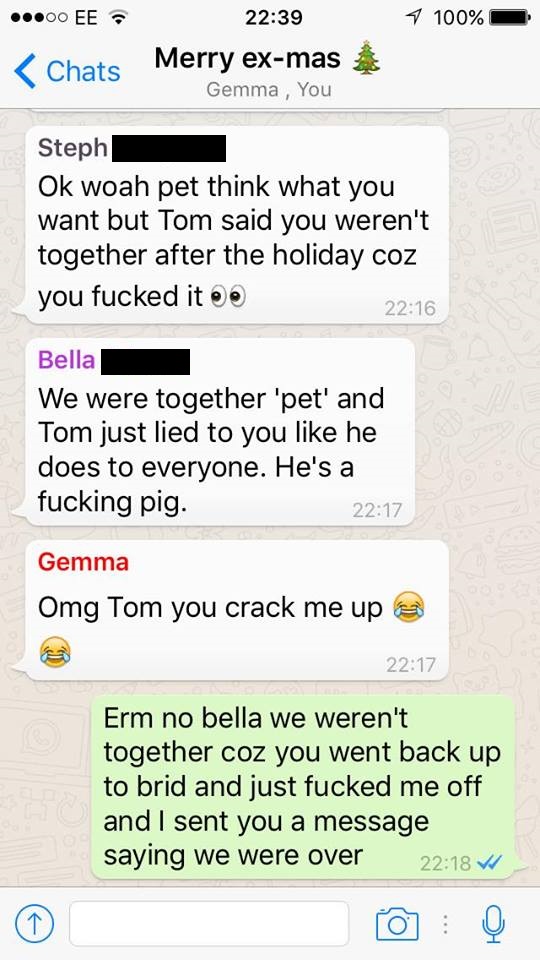 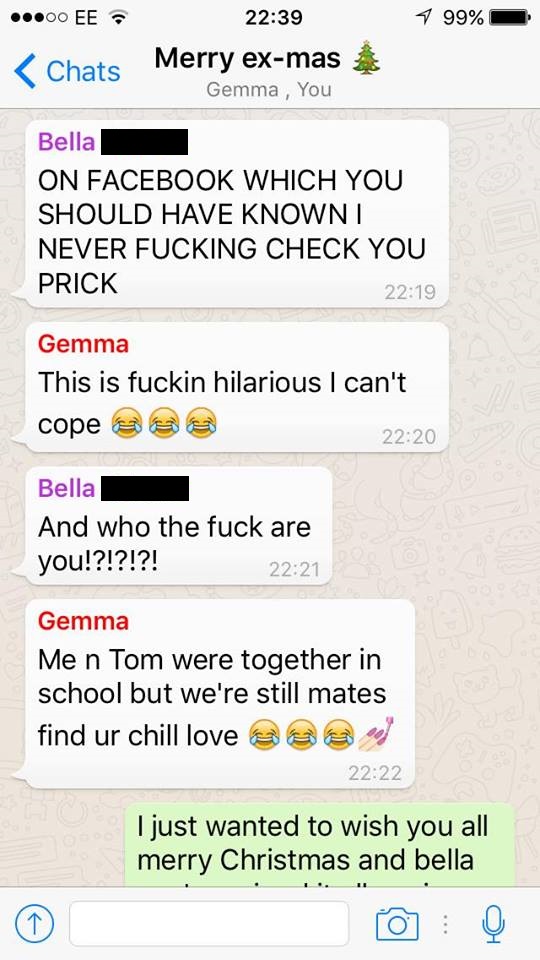 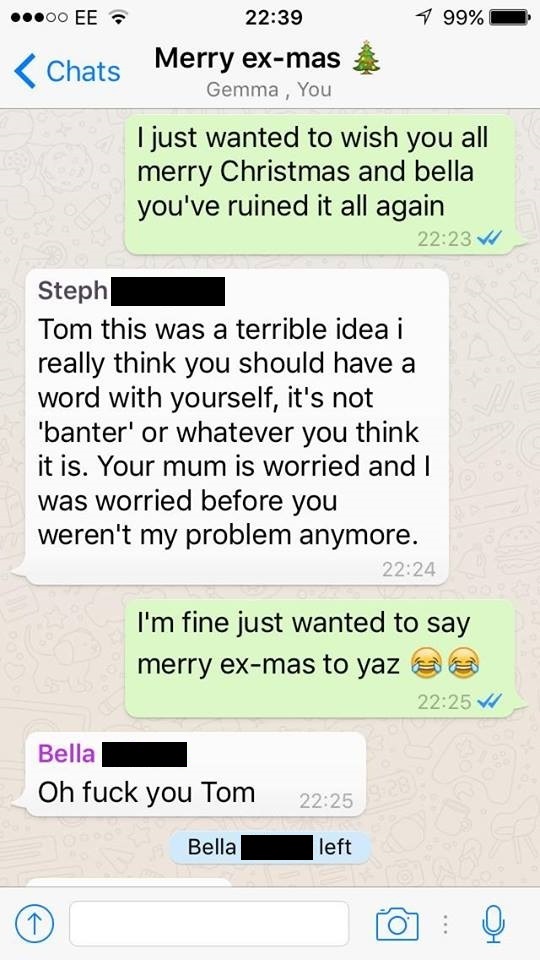 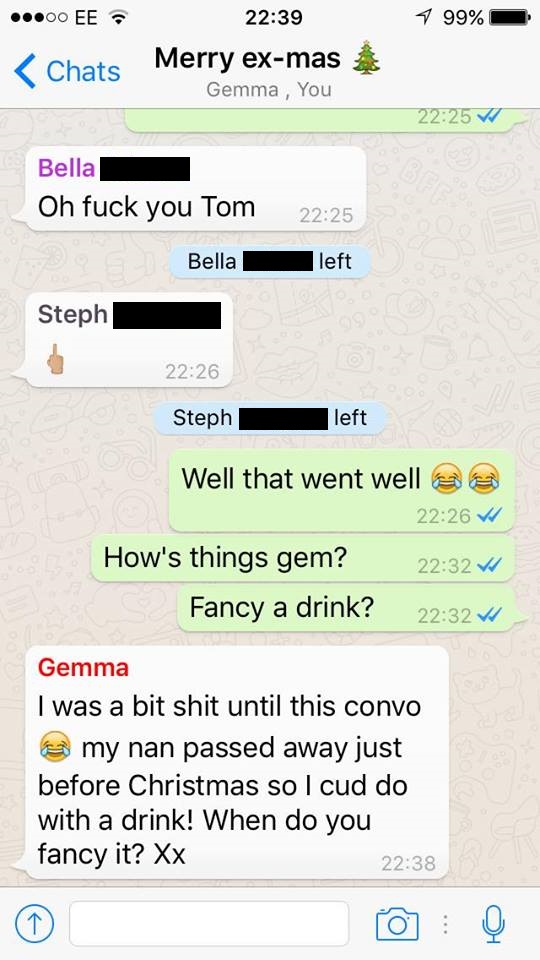 4. So is Steph, who has a mic drop of an exit. She gives him the middle finger, then, boom, she’s out of there.

5. Then there’s Gemma. Poor girl. She’s the only one who “gets” what Tom is doing, but it’s clear from her final text that she’s in a rough place right now, and you should never reconnect with an ex when you’re going through something like that. Someone should check in on her. I’m guessing she’s already back to flipping Tom the bird. Steph is a trendsetter.

(Via the Lad Bible)

Now Watch: These Christmas Fails Will Make You Think Twice About The Holidays