Guys, The Corgi Shortage In The United Kingdom Is Getting Seriously Serious 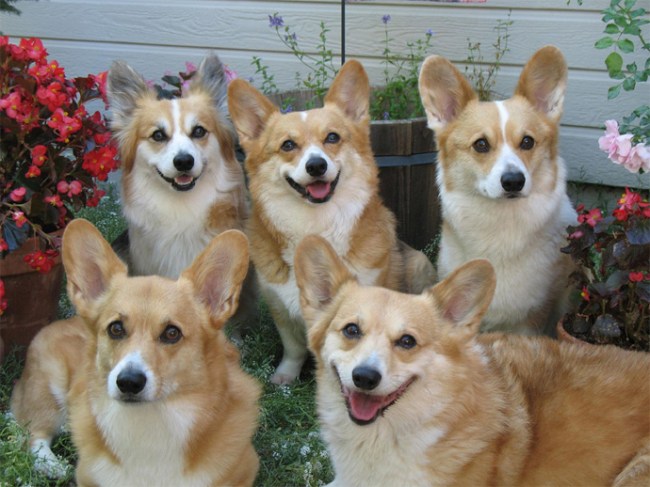 Well, this is hugely upsetting news. As we were warned a couple of years ago, The British Kennel Club has officially designated corgis as a “vulnerable” breed, meaning that less than 300 corgis were registered last year. And what that means is that the Queen’s favorite stumpy-legged dog is in danger of dying out unless they start breeding more of them. There are a couple of things working against them: Breeders aren’t breeding them because not enough people want them (which is preposterous) and Queen Elizabeth, despite being a huge fan of the breed, has decided not to add any more to her brood since she is 88 years old and afraid of tripping over the stout little doggies.

This is the first year that the corgi has appeared on the BKC’s vulnerable list. At last count, there were about 5,000 corgis still in the UK. Come on, corgis. It’s almost Valentine’s Day. Some of you had better get over whatever hangups you might have about your body type and start flirting, hard, and then rent yourself some Wild Things (or Cool Dog, whatever gets your tails wagging), order some bacon and get freaky. Make some tiny corgi puppies and save your race because the world cannot handle a corgiless existence.