Burger King claims to have created a Whopper-scented perfume called Flame-Grilled which is scheduled to debut, coincidentally, on April Fool’s Day.

Burger King Japan has released a print and video ad for Flame-Grilled, along with an added incentive for purchasing the perfume.

The scent, Flame-Grilled, is set to be released on the brand-new holiday of Whopper Day… The perfume purchase includes a free Whopper, just in case the fragrance makes you hungry. 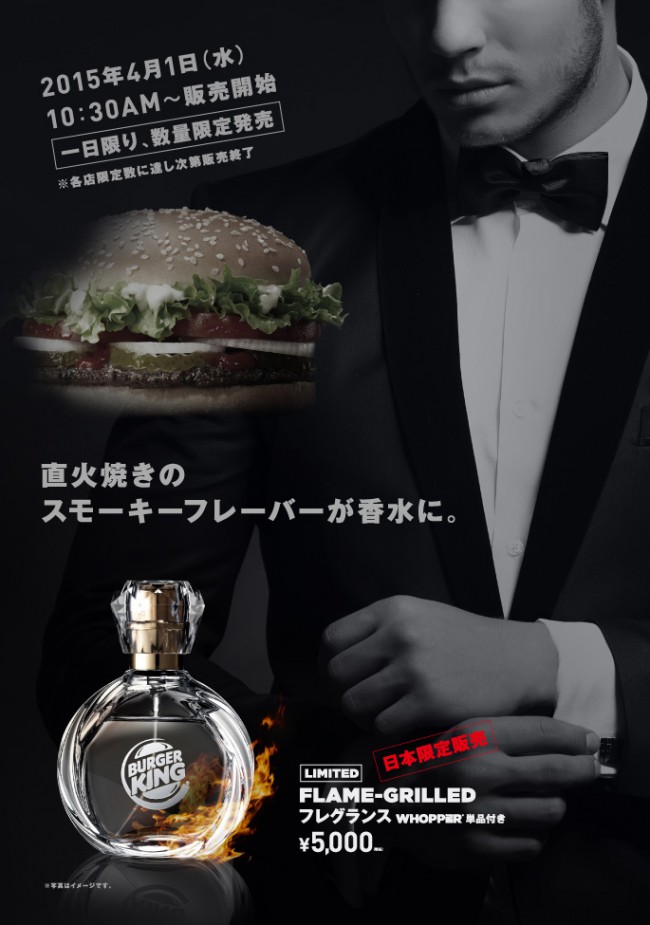 The potent combination of salt, greasy hamburger patties, and hot oil is familiar to anyone who has ever had to work fast food, and if the perfume is true to its inspiration, the scent will be nearly impossible to get out of hair and clothing.

There is a lot of speculation if this perfume is real or an elaborate April Fool’s Day joke from Burger King. If it’s real, and there is a demand for perfume that smells like Whoppers, then some folks with weird fast-food kinks will be happy come April 2.

Check out Burger King Japan’s video ad for the perfume, bizarrely titled “No Whopper, No Life,” which features a very sweet couple in formal wear riding in a limo to Burger King and enjoying a burger dinner together.