This Man Was Bullied For His Weight, So He Lost 160 Pounds And Now Looks Like A Model

There’s lots of inforation out there that suggests bullying people into losing weight is the wrong way to go about inspiring change (bullying, surprisingly, is usually never the best way to inspire anything), but one man really took all the negative messages he got about his weight in high school to heart and did something about it. After a childhood of fast food and soda (some consumed to stem the horrible feelings as a result of the bullying), Austin Shifflett took his heart in his own hands (very figuratively) and lost 160 pounds in one year. And he’s kept it all off, too. In fact, the guy who was once called “fat boy” by classmates looks like an actual model who would be paid thousands of dollars to appear on the cover of fitness magazines.

According to the Mirror, who spoke with Shifflett about his transformation, his emergence as one of those hot dudes who’s really intimidating at the gym started with a lot of pain:

“School was pretty bad. I didn’t want to be around people that much.

“It affected my school education so I had to be held back. I was so behind with my school work and that was when the bullying really started.

“It was verbal, people calling me fat boy every day in the gym class and then the name just stuck.

“I’m not a confrontational person so I would just laugh it off. I didn’t want them to know it was getting to me.”

But if that wasn’t bad enough, a casual step onto his scale at home told him something even worse than what the kids were saying: He weighed 324 pounds. Unhealthy and miserable, Shifflett turned to the Atkins diet, started losing weight quickly (nine pounds in the first week!), and then began hitting the gym late at night so no one could see him work out and make jokes about the fat guy sweating on the treadmill.

Here’s Shifflett at one of his heaviest points: 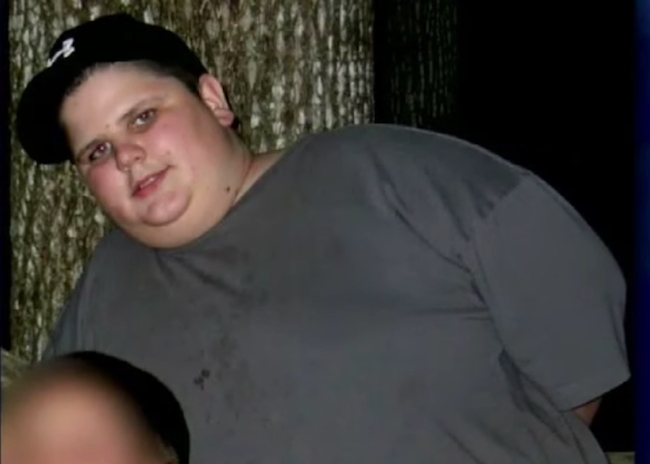 Idk about you guys but I think you should hire me to model your toilet paper @Charmin pic.twitter.com/5iRrZpTsZO

We in the studio every night late night pic.twitter.com/ciJo7xNvm7

He’s even made it into People magazine, which, as you know, hosts only the sexiest people alive:

The best part of this, of course, is that Shifflett isn’t all about the vanity. Sure, it feels great to look great (and he says it really helped him with his confidence and meeting women), but he’s also excited that people (including some of his school bullies) are emailing him for tips and inspiration on how to get more healthy, too. And unlike everything you’ve seen in the movies–where the bullied kid goes back for revenge–Shifflett’s happy to let bygones be bygones. And he wants everyone to know that failing doesn’t mean you have to stop. “I want to tell others you have to learn to accept the failures,” he told the Mirror. “I failed many times, but you can’t give up.”

Shifflett’s currently working on becoming a personal trainer and is also looking for some help on getting all the excess skin removed from his body so he can inspire the rest of us even more by throwing off his shirt and letting all his hard work show. He’s got a GoFundMe going for anyone who wants to help him achieve his dream of having surgery to remove excess skin left over from his heavier days.