Kiefer Sutherland was a great Snake in Metal Gear Solid V, but to the vast majority of Metal Gear fans, David Hayter will always be the one, true Snake. And since fans of Konami’s stealth espionage action game have had their hearts broken time and time again with series creator Hideo Kojima getting the boot from the company, an HD remake of the original Metal Gear games with Hayter as Snake getting axed, and the breakup between Hayter and Kojima being pretty cold. It’s nice to get a small win, with Hayter returning as Snake, albeit in a… Ford commercial?

It sounds like the original voice actors are all back together. The Colonel is on a codec call with Snake talking about miles per gallon and rear view cameras, just like the old days (???).

This mashup of worlds is truly weird, but it gets even better. In the second spot, the classic showdown between Snake and Pscyho Mantis in Metal Gear Solid turns into Psycho Mantis reading Snake’s mind/listing the features of the Ford Fusion.

I am a millennial, I am a Metal Gear fan, and now I want to own a Ford Fusion that plays the codec noise when I receive an incoming call.

How can you deny this pitch? 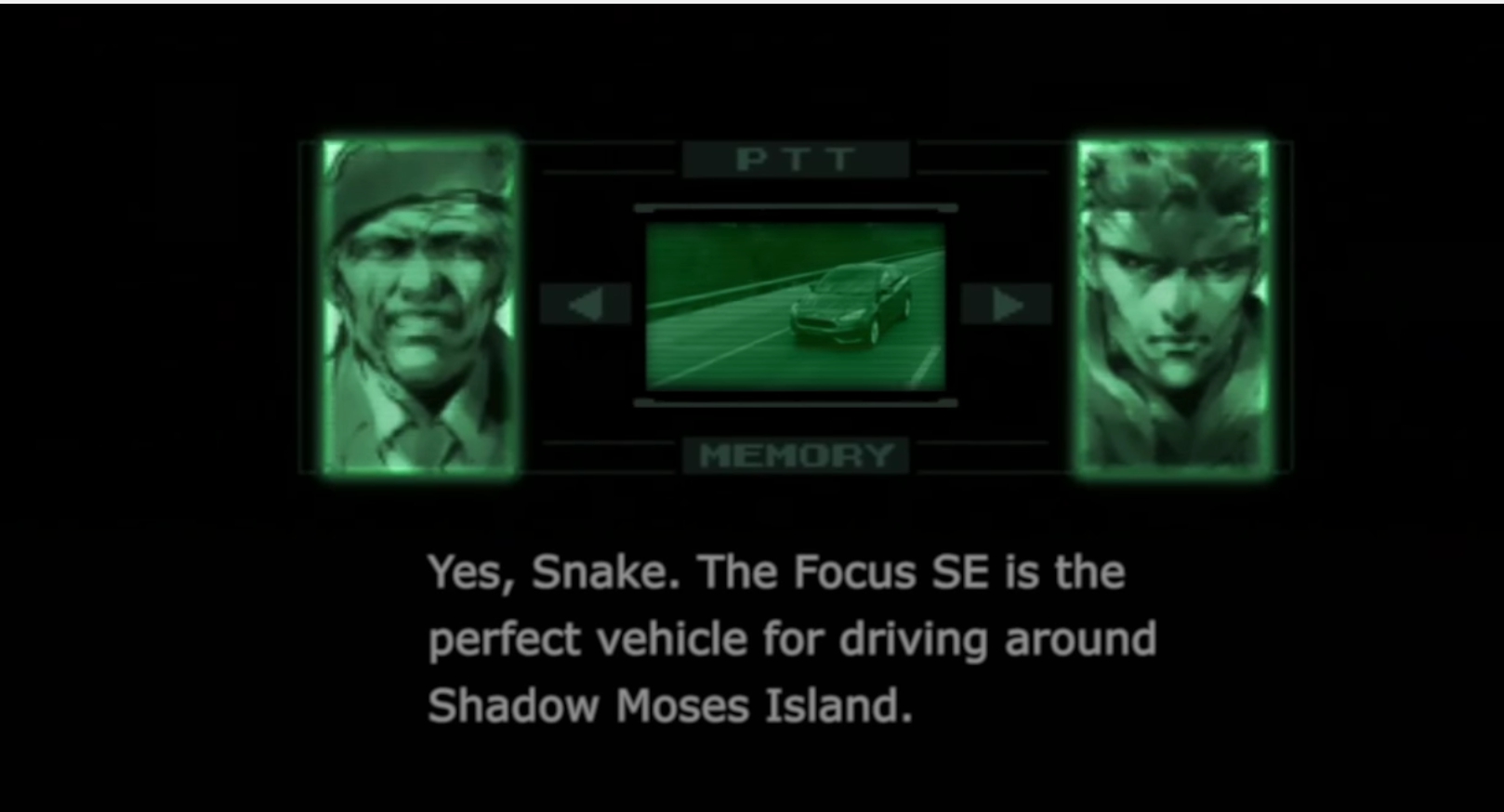