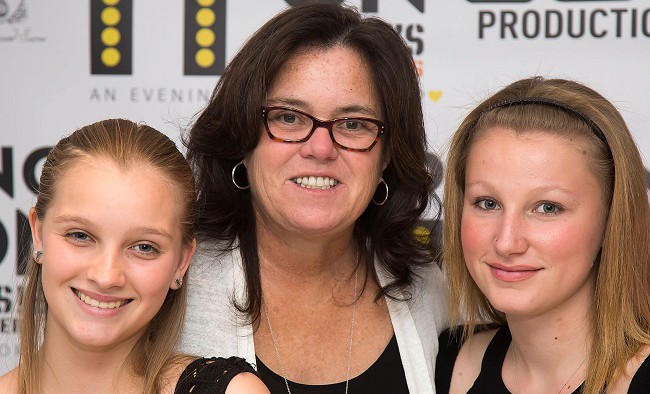 More details are coming out about Chelsea O’Donnell (pictured at the right), the teenage daughter of Rosie O’Donnell who went missing on August 11 and was found safe in New Jersey yesterday. According to Vanity Fair, Chelsea was located in the home of a 25-year-old alleged heroin dealer named Steve Sheerer, who lied when authorities asked him if O’Donnell was there. The 17-year-old’s phone was traced directly to his Barnegat Township home during the search. Sheerer is clearly bad news:

“Sheerer pleaded guilty to endangering the welfare of two children, ages one and three, and was put on probation for possession of heroin. He served 53 days in jail in 2013.”

Chelsea and her therapy dog Bear were found in the attic of Sheerer’s home. It’s unknown exactly what the circumstances were when Chelsea was found, but she met Sheerer on Tinder, and it looks like they were dating, or at least trying to date, which is pretty upsetting considering her mental state; Rosie O’Donnell said in her plea for help that Chelsea has a mental illness and stopped taking her medication.

Rosie O’Donnell had been tweeting about Sheerer after Chelsea was found, but those details hadn’t yet been released to the press. Today, while she is said to be “very concerned” about the situation with her daughter, she’s showing signs of gratitude and hope: