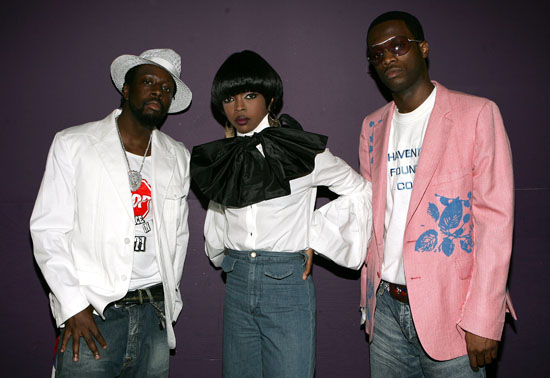 With the release of producer/rapper Wyclef Jean’s autobiography, Purpose: An Immigrant’s Story tomorrow, gone will be our dreams for a true Fugees reunion.

In excerpts from the book released today, the mastermind behind the iconic Hip-Hop group details his relationship with former group member and side-piece Lauryn Hill. Clef alleges that when Lauryn was pregnant with her first child, Zion, he was led to believe that the baby was his and that it wasn’t until she gave birth did he know the truth: he was not the father.

For the next nine months, I assumed her child was mine. It was easy to do as we rode the wave of success. In my mind, it was complicated and dangerous, but it was beautiful, too: If Lauryn and I had a child together, it was, to me, a product of our music and everything we’d worked to achieve. It made sense to my heart, as much as I knew it was wrong in my mind. If that’s what it came down to, I knew I would be honest with Claudinette and hope I didn’t lose her, just the way I knew I would do right by our child and so would Lauryn. I was proud of it when we performed in Haiti, because Lauryn was visibly pregnant. So to me, we were playing a concert for my people with our child growing inside of her.

When Lauryn gave birth, I learned the truth: the child wasn’t mine. It was Rohan Marley’s. And in that moment something died between us. I was married and Lauryn and I were having an affair, but she had led me to believe that the baby was mine, and I couldn’t forgive that. [..] She could no longer be my muse. Our love spell was broken through her creation.

Clef, who was married at the time, also alleges that Lauryn’s classic debut solo album The Miseducation of Lauryn Hill was about their relationship.

Meanwhile, Lauryn was writing The Miseducation of Lauryn Hill, which she recorded for the most part in Jamaica. She was there with Rohan, with whom she went on to have four more kids, even though he was still married to someone else. I can’t speak for her, but I don’t think Lauryn knew about this until she was already pregnant. Rohan had gotten married years before, had two children with that girl and when things didn’t work out, never divorced. He and Lauryn kept having children and just continued on unmarried because legally he couldn’t marry her.

She might have been with him in Jamaica at the time, but musically and lyrically she was still with me. Her whole album was about her trying to make sense of our relationship, and when I listen to Miseducation, it’s like reading a diary of our personal history.

This hasn’t been a good month for Lauryn’s character as the father of her five children, Rohan Marley, recently spoke out against the reclusive singer. Rohan, who was being vilified for knocking the singer up five times while refusing to marry her, spoke with UK paper The Voice to set the record straight.

When I was with Lauryn, I wanted to marry her but she just wasn’t ready at the time. I want to be in a relationship where we’re both confident about what we have; I love you and you love me too. But [marriage] wasn’t what she wanted. I called her my queen; my spiritual wife. So people assumed we were married.”

As for any beef between the two, Rohan says:

I could never have ill-feeling towards her. She’s the mother of my children. There’s no animosity, but I’ve moved on. I’m with someone else now and I’m very happy.