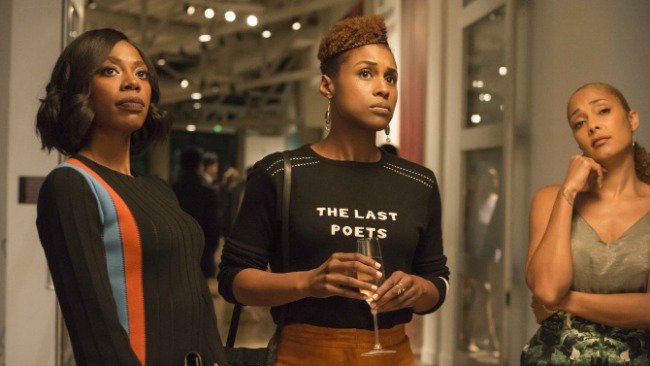 Season two of Insecure delved deeper into the romantic entanglements of its leading lady (Issa Rae) as she struggled to get back into the dating game after breaking up with her long-time boyfriend. If Issa’s journey in season two is about rediscovering herself, her friend Molly’s (Yvonne Orji) story is about pushing against racially-biased workplace systems constantly trying to hold her back.