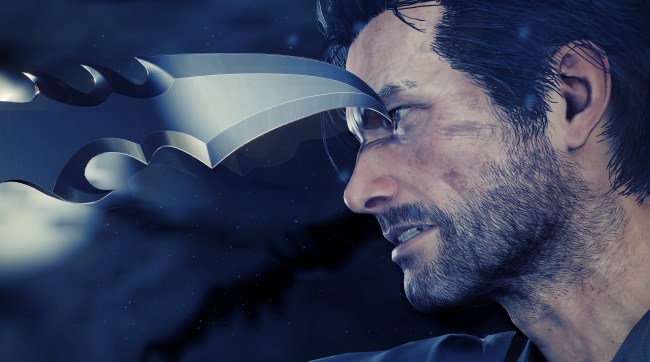 Recently, I was able to attend a Bethesda event that offered hands-on gameplay for a bevy of the video game company’s offerings for the fall. The company’s two big titles will be pretty much must-plays and their ports for the Nintendo Switch look impressive as well. And if you’re lucky enough to be someone who’s already hopped aboard the VR train, there are a couple of titles that absolutely must be experienced.

We’ve already written about Wolfenstein II, as we were able to play some of its earlier levels not too long ago. After checking out another couple of levels, I’m able to safely say that this game is somehow an absolute romp with some real weight behind it. The steampunk-inspired mechs and weaponry that populate the game are thrilling, and the biomechanical augmentations that the protagonist is able to harness add some twists to the FPS genre that likely no one else would ever have thought to add. It’s an original take on pretty much everything it’s going for: AAA FPS, war game, alternate-reality game, Nazi shooter, quasi-Tarantino film, and swinging-dick satire.

The latest survival horror offering from Bethesda is certainly heavy on “horror,” and the dreamlike quality of the bulk of the game, unfolding inside the protagonist’s mind, is as effective as hell. You’ll wend your way past pulsating vines, fight a boss made mostly of severed heads with an enormous buzzsaw for an arm, and learn to lean on your crafted items as you use your interactive and destructible environments to look for an edge and desperately try to stay alive.

In a neat trick, there are some puzzles that are far less about problem-solving than they are about whether you have the nerve to get in there and up close with the creepy-as-hell props and imagery that you have to interact with to advance. There are a lot of jump scares, but as with any good horror game, it’s all about being freaked out that you’re about to trigger a jump scare than the scare itself. The two levels I was able to play through were tremendous and left me horrified that I wanted to play more. I don’t have the constitution for more of this, man.

Now we get into the ports. There’s definitely a learning curve when it comes to getting a hang of the mobile version of the Skyrim interface and controls, but it looks great and is undeniably Skyrim. If you ever wanted to take this game on the go, here you go. Party on.

It’s been a good long while since most people have been able to play Doom on a handheld device, and if you like Doom, you’re already on board here. It’s as responsive and fast-paced on the Switch as it is anywhere else, and I’m sure there’s a good amount of gamers out there who would absolutely love to play Doom while lying in bed, or riding on the train, or whatever other situation. Good news, everyone: Doom.

And while we’re still talking about Doom, let’s discuss Doom VFR, which is even more fun than standard Doom, although your mileage and opinion of VR games may vary. There’s something about getting in there and up close and personal with all these hell demons that makes it all seem new again. While the VR controls make glory kills more of a tricky coordination task to pull off, shouldn’t that … sort of be the point? The Venn diagram where VR enthusiasts and Doom enjoyers overlap is probably not insignificant, and VFR is a tremendous evolution for the franchise.

This is where Bethesda’s VR chops really stand out. As much fun as Doom VFR is, Fallout 4 VR is, frankly, breathtaking. It’s everything you love about Fallout 4, plus actually being inside the world. Raising your wrist to look at your Pip-Boy for the first time is a real through-the-looking-glass moment, and I wish I had been given hours rather than minutes to explore the world.