Ilir Latifi is a fan favorite for a reason. He’s a no-nonsense, horse-riding badass, but even the closest thing to a Norse God in the UFC will fall to a perfectly-timed knee to the forehead. Especially if it has the power of Ryan Bader behind it.

This was essentially what you see in EA UFC. This was Bader touching a button then sending Latifi’s character into those impressive ragdoll physics they push so hard on the back of the box. Every time you think an EA UFC KO looks ridiculous, just remember that life… Life finds a way. What an unbelievable knockout.

Hamburg, Germany went from cheering for Latifi to crying out in anguish after seeing this violent KO.

But don’t worry, Latifi was up and OK after. Still, Latifi will not be riding around on his horse, victorious in Hamburg as some thought. This was a big loss for him after angling for a contender fight. Bader, for his part, has now won six out of his last seven, with a KO loss to Anthony Johnson the only thing that’s keeping him from a title shot.

Congrats to Bader on the big win, but this article can still only end one way. 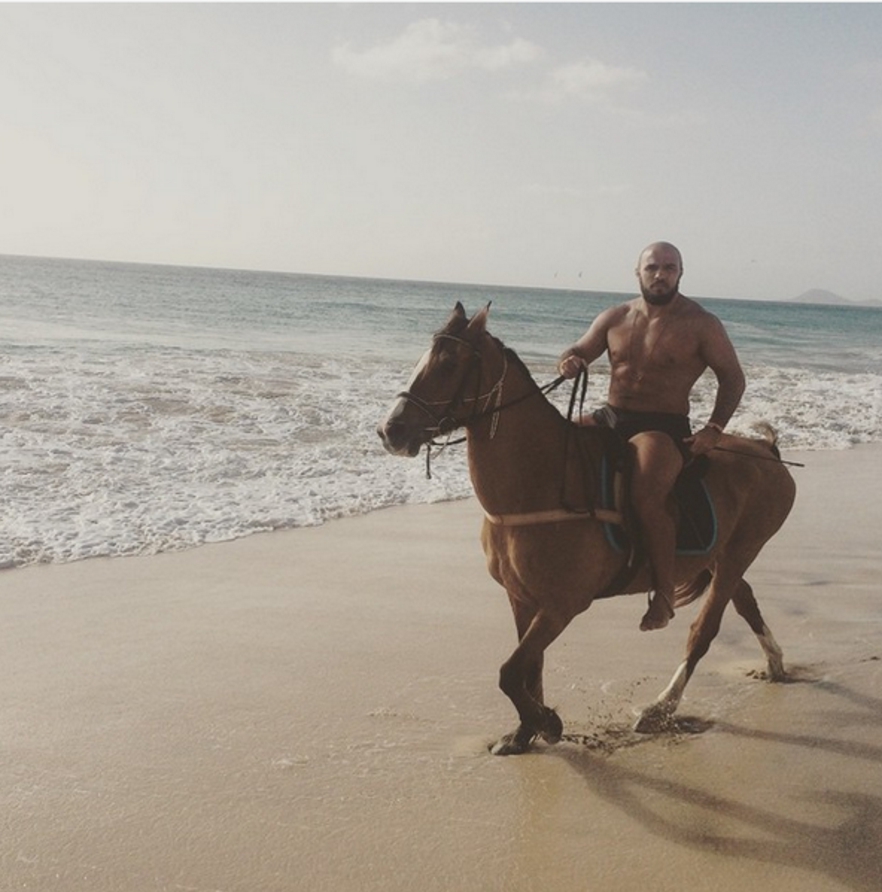