Working For Amazon Sounds Like The Most Brutal, Soul-Crushing Experience Ever 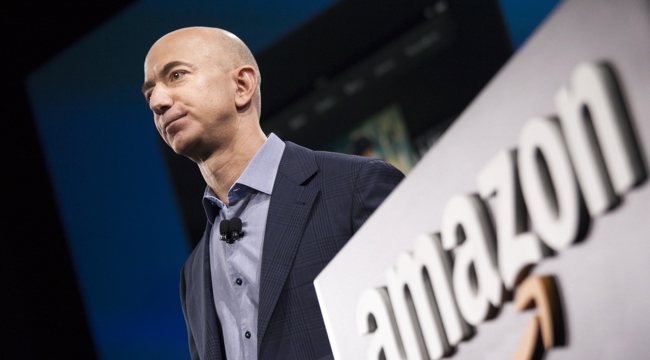 The New York Times penned an epic masterpiece of an exposeé about the white-collar environment at Amazon headquarters. This article shall stand as a companion piece to the many revelations of what it’s like to work in an Amazon warehouse. Those employees are treated like children, rarely allowed breaks, and subject to endless security searches (off the clock).

One would imagine that Amazon Seattle office workers have it a little bit easier, but no. CEO Jeff Bezos doesn’t simply run a tight ship, he actually requires workers to work endless hours, including answering emails past midnight. 80 hour weeks are not the exception, they are the requirement. Over 100 former employees — including marketers, engineers, and operations managers — spoke out about the soul-crushing years the spent working for the retailing master. These veterans say they were regularly “encouraged to tear apart one another’s ideas in meetings” and badmouth each other’s work performances.

Here are some choice quotes from Amazon’s former employees that may make you appreciate your own place of employment:

“You walk out of a conference room and you’ll see a grown man covering his face. Nearly every person I worked with, I saw cry at their desk.”

“I was so addicted to wanting to be successful there. For those of us who went to work there, it was like a drug that we could get self-worth from.”

“I would see people practically combust.”

“The company is running a continual performance improvement algorithm on its staff.”

“One time I didn’t sleep for four days straight.”

“That’s when the ulcer started.”

“Amazon is where overachievers go to feel bad about themselves.”

“You learn how to diplomatically throw people under the bus. It’s a horrible feeling.”

“When you’re not able to give your absolute all, 80 hours a week, they see it as a major weakness.”

“The joke in the office was that when it came to work/life balance, work came first, life came second, and trying to find the balance came last.”

Amazon makes it convenient to order clothing, books, and even bulk food, but it does so at the price of universally miserable employees. Think of the breast cancer patient who was placed on a “performance improvement plan” because she demonstrated “difficulties” in her “personal life.” Or the 25-year-old man who ruined his marriage because he feared being replaced by a recent college graduate. Or the new mom who spent nine hours per day at the office, who actually made arrangements to pick up her child and work through the evening at home on a laptop. Her superior said this just wasn’t enough commitment to the company: “I can’t stand here and defend you if your peers are saying you’re not doing your work.”

Another employee was fired for spending time with her dying father. Still, even, another was forced to go on a business trip the day after a miscarriage. She was also monitored “to make sure my focus stayed on my job.” The entire exposé is worth a read, but will it have an effect on Amazon’s business flow?