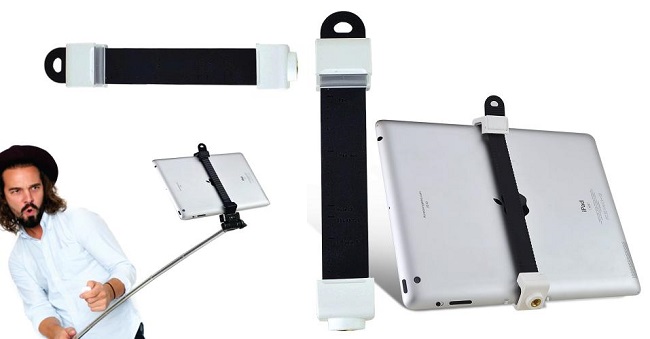 Selfie sticks are one of the most obnoxious inventions in recent years, particularly for anyone living in a city with a healthy tourism industry like New York City or Rome, but AccessoryGeeks found a way to make it more intrusive with a selfie stick for tablets.

The quirky new device is being offered by the online store AccessoryGeeks and comes with a attachment head that wraps around your tablet and connects to the selfie stick via a standard tripod mount.

More people are buying tablets and using them for taking pictures, so it was only a matter of time until someone invented a selfie stick that could hold a tablet. Just because something is inevitable, though, doesn’t mean it is any less annoying. Regular selfie sticks have already been banned at Coachella and Lollapalooza and arguably should have been banned at SXSW.

People are already filming concerts and events on their iPads. Imagine the future of concerts, standing in a crowd illuminated with the glow of tablets and selfie stick handles bumping around awkwardly on all sides. Oh yes, the future is very bright indeed.