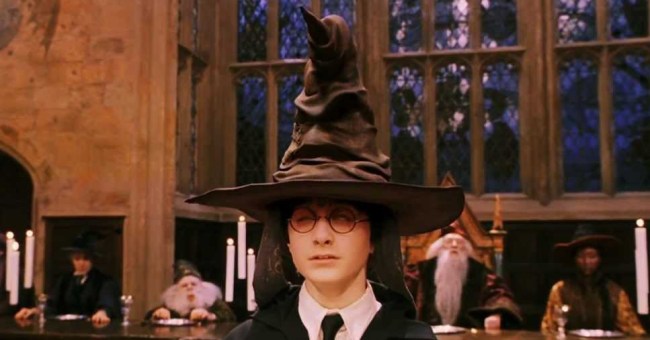 If you ever wondered which school in Hogwarts you belonged to but didn’t want to go through the process at Pottermore, there’s an app for that! Internet artist Darius Kazemi has created a Twitter bot that claims to be able to sort you to the proper school, accompanied by an explanatory rhyme.

@auxreturn The bravery of an ocelot, the anger of a skunk I'm putting you in Slytherin for you are really drunk

Clearly it won’t pass up a dig at Hufflepuff:

@connor_g The body of a crocodile, the wisdom of a bear In Hufflepuff you do belong since you are unaware

And sometimes it’s just nonsense, but so is Twitter, so it’s totally a propos:

@BinaryFission I am the Hogwarts Sorting Hat, my limousine is tanned Today you join with Gryffindor, for you are contraband

But hey, if you’ve always wanted to know if you’re a Ravenclaw, Slytherin, Hufflepuff, or Gryffindor, now’s your chance.

Kazemi has a long list of internet-based projects he’s created for random funsies, like Alternate Universe Prompts on Tumblr, which matches up fanfiction-style romances, Scenes From The Wire (self-explanatory), and another Twitter bot called Two Headlines, which combines two random headlines to make one weirdly funny one.

It’s nice to know that there’s someone out there doing something productive with his time that ensures that we can keep wasting ours.