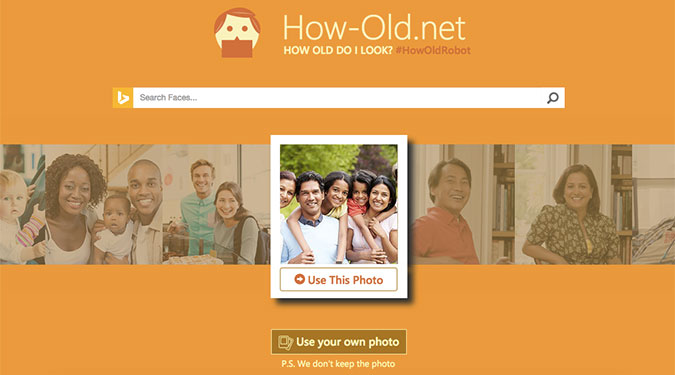 Microsoft unveiled its #HowOldRobot last week, a service that instantly guesses the age and gender of anyone in any photo you upload. As you can imagine, people had a lot of fun with it. But we are nothing if not scientists at UPROXX Music; we’re interested less in jokes and more in how accurate this damn thing is. So we tested it out on some prominent musicians.

Not bad at all, though we wouldn’t have been surprised if #HowOldRobot guessed 30. Look at that handsome face. Look at those steely eyes.

I had no idea age and gender even applied to hobbits, tbh.

Ha! You can fool us mortal humans with your age-defying appearance, Pharrell, but you can’t fool #HowOldRobot.

Where do you think the album name 1989 came from, #HowOldRobot?

Definitive proof that Gwen Stefani is a goddess we should all worship and treasure.

OK, this is where I begin to call shenanigans. That mustache may fool a bot, but it can’t fool me — Steven Tyler is clearly a 400-year-old piratess.

Nope. Let’s move on before Madonna hears her name in passing and does something desperate for attention.

Do you know anything about Ariana Grande, #HowOldRobot? First of all, she’s clearly a middle-school cheerleader. Second of all, she will literally hiss napalm at you for adding 11 years to her age.