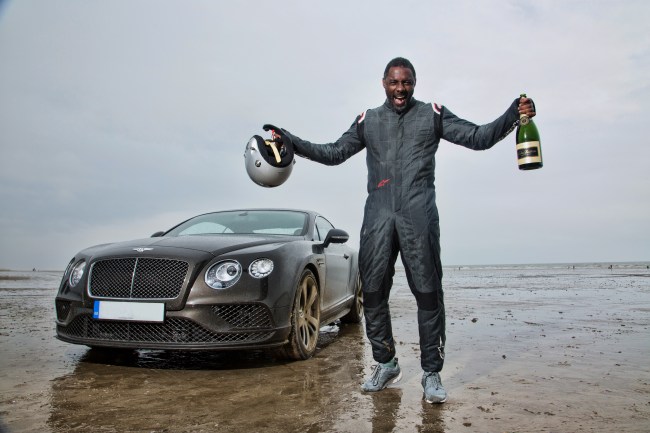 Idris Elba is proving he doesn’t have to play James Bond in the movies to be James Bond in real life. While currently in talks to be the bad guy in the next Star Trek film, the actor best known for his performances in The Wire and Luther just broke an 88-year-old British land speed record. Why? Because, he’s Idris F*cking Elba, that’s why!

Elba was shooting an episode of Discovery’s new reality series Idris Elba: No Limits when he piloted a new Bentley at Pendine Sands beach in Wales and broke the record known simply as the “Flying Mile.” The land speed record was originally set by Sir Malcolm Campbell in 1927 at 174.8 mph and Elba clocked in at 180.361.

Idris Elba: No Limits will air in July on Discovery Channel.