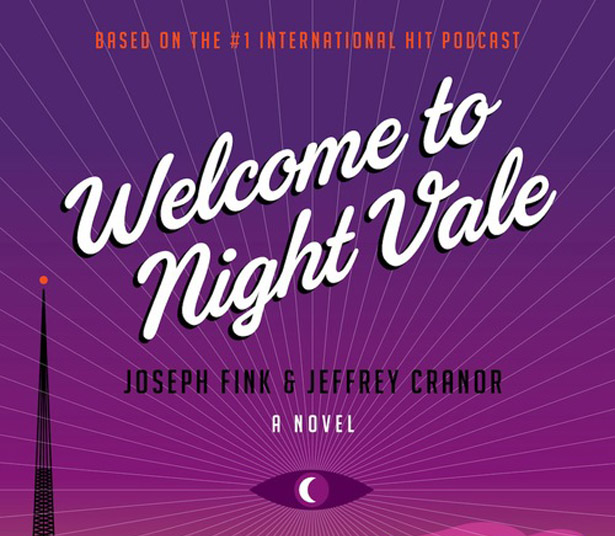 After three years getting to know the Man in the Tan Jacket, the Faceless Old Woman Who Secretly Lives in Your Home, and the mighty Glow Cloud (ALL HAIL) which is both a feared sentient cloud and the president of the school board, fans will have the chance to really get to know the town of Night Vale thanks to a new novel from the show’s creators, Joseph Fink and Jeffrey Cranor.

For the uninitiated, Welcome to Night Vale is a podcast done in the style of a local news radio show, complete with the latest news (spoiler: the whole town is almost destroyed nearly every episode), community calendar updates (“Wednesday has been canceled due to a scheduling error”) and much more.

The book will be released October 20th. Here’s the synopsis:

Located in a nameless desert somewhere in the great American Southwest, Night Vale is a small town where ghosts, angels, aliens, and government conspiracies are all commonplace parts of everyday life. It is here that the lives of two women, with two mysteries, will converge.

Nineteen-year-old Night Vale pawn shop owner Jackie Fierro is given a paper marked “KING CITY” by a mysterious man in a tan jacket holding a deer skin suitcase. Everything about him and his paper unsettles her, especially the fact that she can’t seem to get the paper to leave her hand, and that no one who meets this man can remember anything about him. Jackie is determined to uncover the mystery of King City and the man in the tan jacket before she herself unravels.

Night Vale PTA treasurer Diane Crayton’s son, Josh, is moody and also a shape shifter. And lately Diane’s started to see her son’s father everywhere she goes, looking the same as the day he left years earlier, when they were both teenagers. Josh, looking different every time Diane sees him, shows a stronger and stronger interest in his estranged father, leading to a disaster Diane can see coming, even as she is helpless to prevent it.

Diane’s search to reconnect with her son and Jackie’s search for her former routine life collide as they find themselves coming back to two words: “KING CITY”. It is King City that holds the key to both of their mysteries, and their futures…if they can ever find it.

After going on pre-sale yesterday, the book began climbing the charts at a rapid pace, to the complete shock of its authors:

We're now in the top 100 overall on Amazon and number 1 in Horror. It doesn't even have a cover or any info yet. This is fucking unreal.

Night Vale novel is at #5 in all of Amazon books. What the fuck.

And for those who can’t imagine anything involving Night Vale not being read in the dulcet tones of host Cecil Palmer (played by Cecil Baldwin III), good news there too:

To reiterate, @CecilBaldwinIII will be reading the audiobook edition of the Night Vale novel. It’s out in Oct as well.

Welcome to Night Vale is available for pre-order.