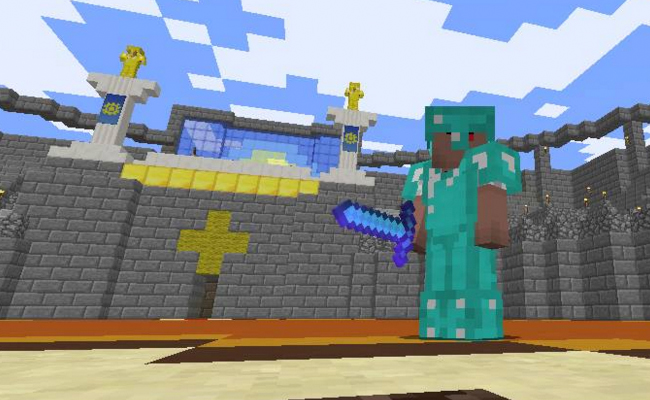 Minecraft fans having been waiting a long, long time for an update. Mojang hasn’t had a major patch for Minecraft since 2014’s Bountiful update, so patch 1.9, known as the Combat Update is long overdue. On Monday, February 29, we get the greatest leap-year present ever – patch 1.9. What patient miners and crafters will get in this update, as you can tell by the title, is not just another new set of blocks, updated sounds and recipes, but an entirely new way of playing Minecraft.

The big combat change: dual wielding. This doesn’t just mean you can grab two swords and have at it (you can), but it’s a major game changer for exploration, farming and combat. Now you can hold a torch in one hand and mine in the other. You can also have seeds in one hand and a hoe in the other, making your whole farming operation that much more efficient. It brings a more intuitive feel to the game. A more realistic feel. For years, we were playing a single, right-handed game, now you’ll be able to multi-task effectively. Eat food in one hand, while working your shovel/pick/axe. There are almost countless combinations for dual wielding that streamlines Minecraft as we know it.

Most importantly – think about those desperate times in which you’re down to just a single torch, trying to find your way out of a dangerous cavern system. Holding that torch in one hand while you make your way out with a sword in the other is the closest thing we’ve come to an Indiana Jones moment.

Patch 1.9 will add more “delays” to the combat, creating battles that will play out more naturally and require more strategy, something combat in Minecraft was severely lacking. Naturally, I had to build an arena with my pals on our server to celebrate the Combat Update: 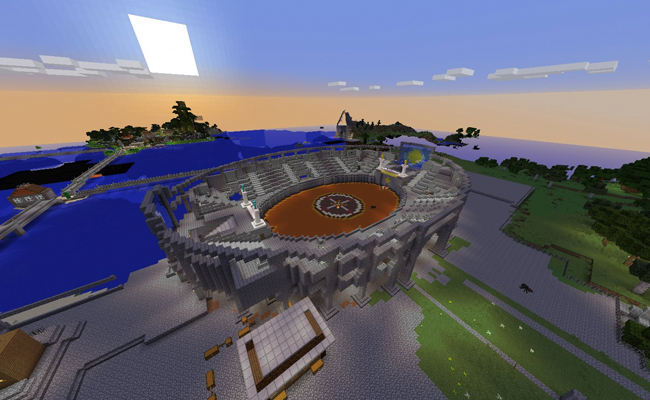 So what can you do in this arena? And what else is out there?

Shields: SWORD AND BOARD, BABY! With dual wielding you can have a weapon in one hand and a shield in the other, soaking up arrows and deflecting attacks.

Axes are now going to be strongest striking weapon in the game, oddly enough, but it’s far slower. 60% slower, to be exact. While some fans of PVP aren’t happy with this change, I’m all for a one-handed axe and shield combo. And yes, you can customize your shield with a logo.

Arrows:14 new arrow tips are available, from healing arrows to poison arrows. Go into battle with some friends, designate one the healer and have him stand behind the party like a cleric, shooting you in the butt with arrows that raise your health.

Hidden Dungeons: Igloos will spawn in snowy areas with a chance to lead to a hidden dungeon, giving fans more density and a feeling of the world being alive, as well as more opportunities for adventure and exploration.

Beets: Beets are coming as the new vegetable, and you can make soup out of them. I have a series of restaurants in my world, Wiggulzton, and I can’t wait to start up a shop in called Bea’s Beet Beat run by a kind old woman named Bea who’s built this building on the blood of beets.

The Changes to The End: The End won’t just be a place where you fight a dragon and farm Ender pearls – now there are cities and ships that you’ll have to raid for some of the most rare materials in the game. And it includes a new section of the end where you’ll be able to harvest Chorus flowers, that can be crafted into (…???)

End Cities will have End Rods providing light as the “End” version of a lantern. You can also craft these using chorus fruit and blaze rods. They can be crafted vertically or horizontally. You’ll be able to raid End Ships where you can find Elytras on the ships, which allow the player to glide. Basically, it’s hang gliding in Minecraft. Glorious.

Who doesn’t want to fly high in the air above their towns and villages?

New Blocks: Thirteen new blocks are coming in 1.9, with the main useful ones being Purpur Blocks that can be found in the End Cities. These have four different variations to them: block, pillar, slab and stairs. It’s nice to have new stairs (or seating if you’re like me). You can see the new stuff in the video below:

Things that you never knew you wanted that are so wonderful:

There’s plenty of other interesting things coming to Patch 1.9, almost too many to list. You can check out the official patch notes here.