New slang alert! If you want to be on the cutting edge of the latest slang before a fast food company tweets it and ruins it for everyone, Desiigner is here to help you. The “Panda” rapper recently annotated his hit on Genius and revealed how creative he gets with the English language.

While explaining what “broads” means in the lyric, “I got broads in Atlanta,” the G.O.O.D. music rapper revealed he prefers to say “I’m smoking Jew kids” rather than the boring, old “I’m smoking weed.” 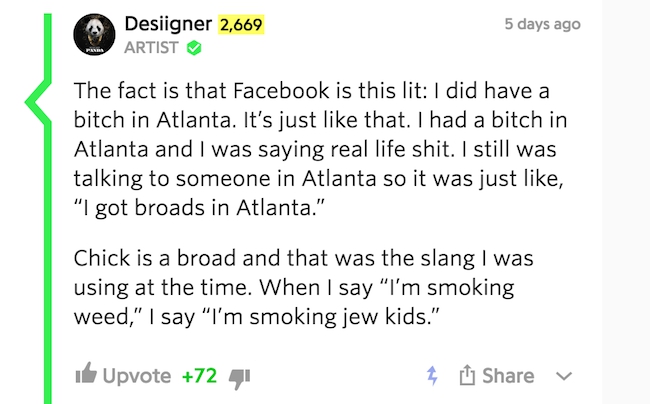 The 18-year-old energetic rapper actually rapped the Jew kids “slang” during his Tim Westwood freestyle last month, but it probably went unnoticed because of how incoherent Desiigner raps. “Moon walking seeing moon people, I be chillin’ with the Jewish people, smoking Jew kids, Jew people.” Yeah, that going to need its own annotation, too.