There are a few things you can depend on in life: Death, taxes, and Clueless Gamer being hilarious. This time out, a very special and very brutal episode of Clueless Gamer featured Conan and Conor McGregor (this was filmed prior to Mac taking on Nate Diaz at UFC 196) playing EA UFC 2. The latest entry into EA’s combat sports title is dropping March 15th, and it’s looking really, really fun. Unfortunately for Conan, he’s not really good at the game, and takes a constant beating at the hands of a virtual Conor McGregor. The battle for Ireland was extremely one-sided, as you can see below. 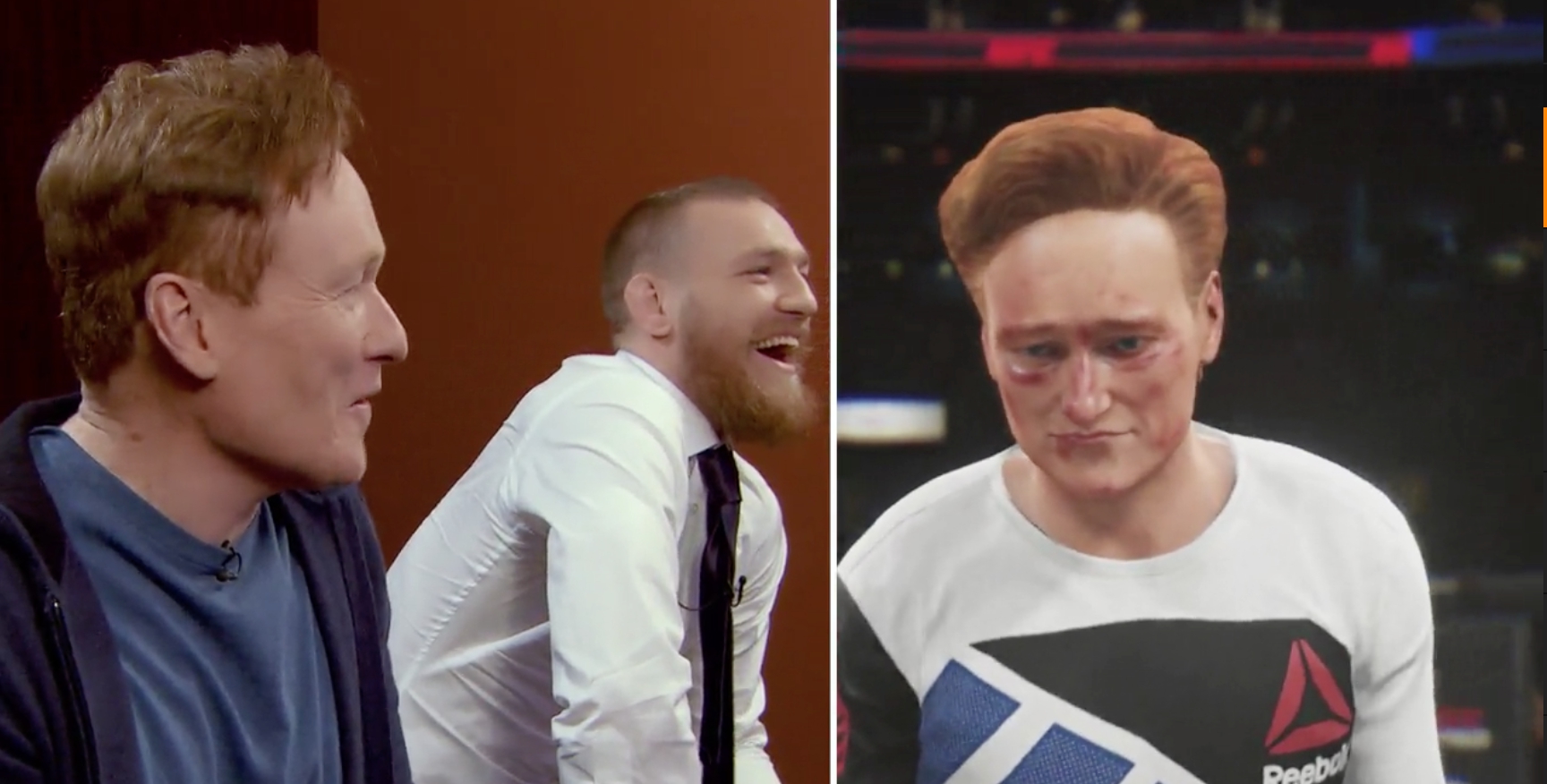 That Conan O’Brien create-a-fighter looks frighteningly accurate. We have a review copy of EA UFC 2, and Conan’s signature hairdo is NOT in the game. EA went above and beyond to make a digital Conan for Conor McGregor to beat on, and they shouldn’t put their work to waste. EA: put Conan O’Brien in the game for good. I must experience Conan O’Brien versus Mike Tyson, or Bruce Lee. Please don’t rob us of his pre-fight vaseline. 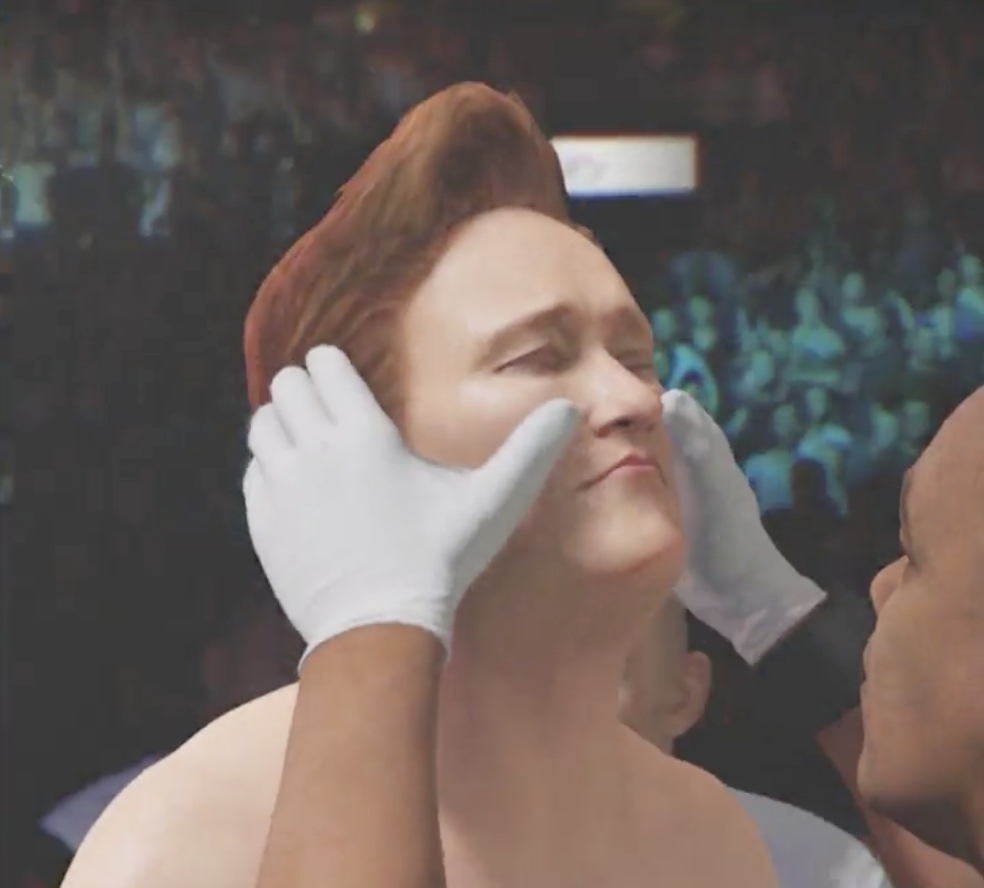