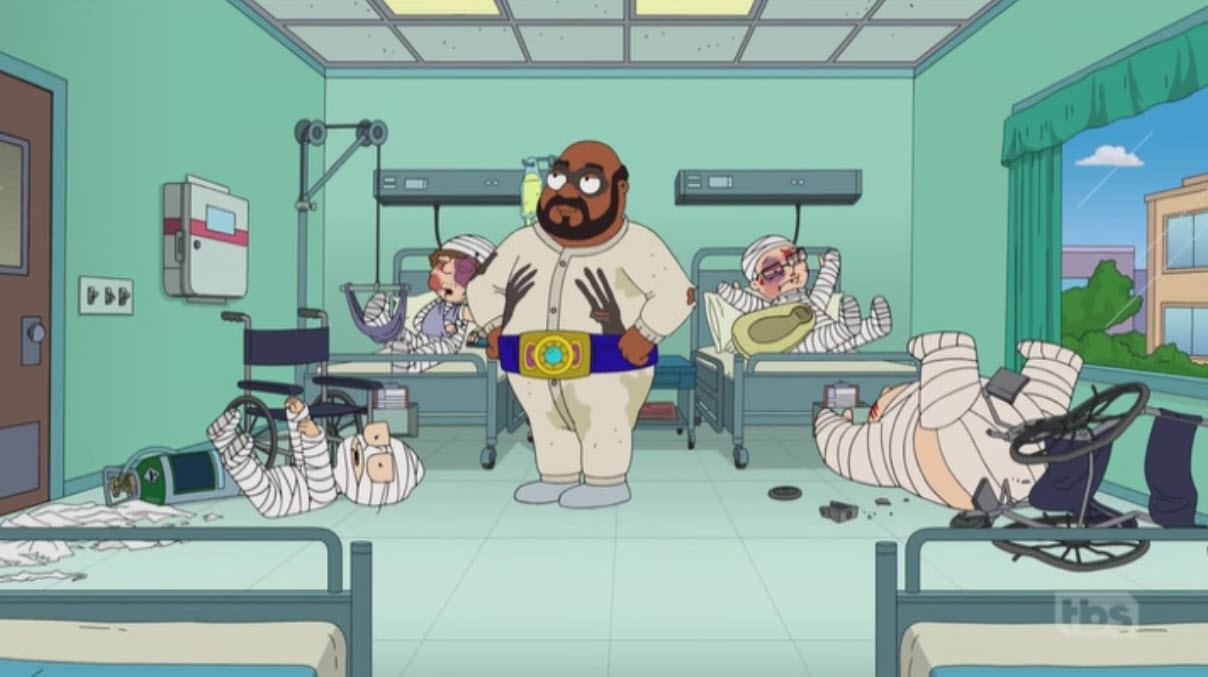 American Dad is still on the air, in case you didn’t know. Now I wouldn’t necessarily put the show on my must-watch list, but I also eat popcorn and M&Ms for breakfast, so that’s just me. I did manage to catch this episode, though, which was heavy on the wrestling and even reenacted an important moment in wrestling history. The episode paid homage to an infamous moment from the Attitude Era — when Stone Cold ambushed Vince McMahon in a hospital and beat him up with a bedpan. The whole episode, “Widow’s Pique,” had a side story about professional wrestling with promos and homages galore, but this one was pretty specific and spot on.

The only thing missing was a Mr. Socko cameo, but beggars can’t be choosers. Here’s the original video for those who aren’t familiar or need a refresher:

The segment is one of the most memorable in WWE’s history as it featured the debut of the aforementioned Mr. Socko. It had a signature Vince McMahon performance and it was the culmination of weeks of Stone Cold making his life a living hell. Oh, it also ended with implied sodomy. Man, the Attitude Era was so innocent and fun.