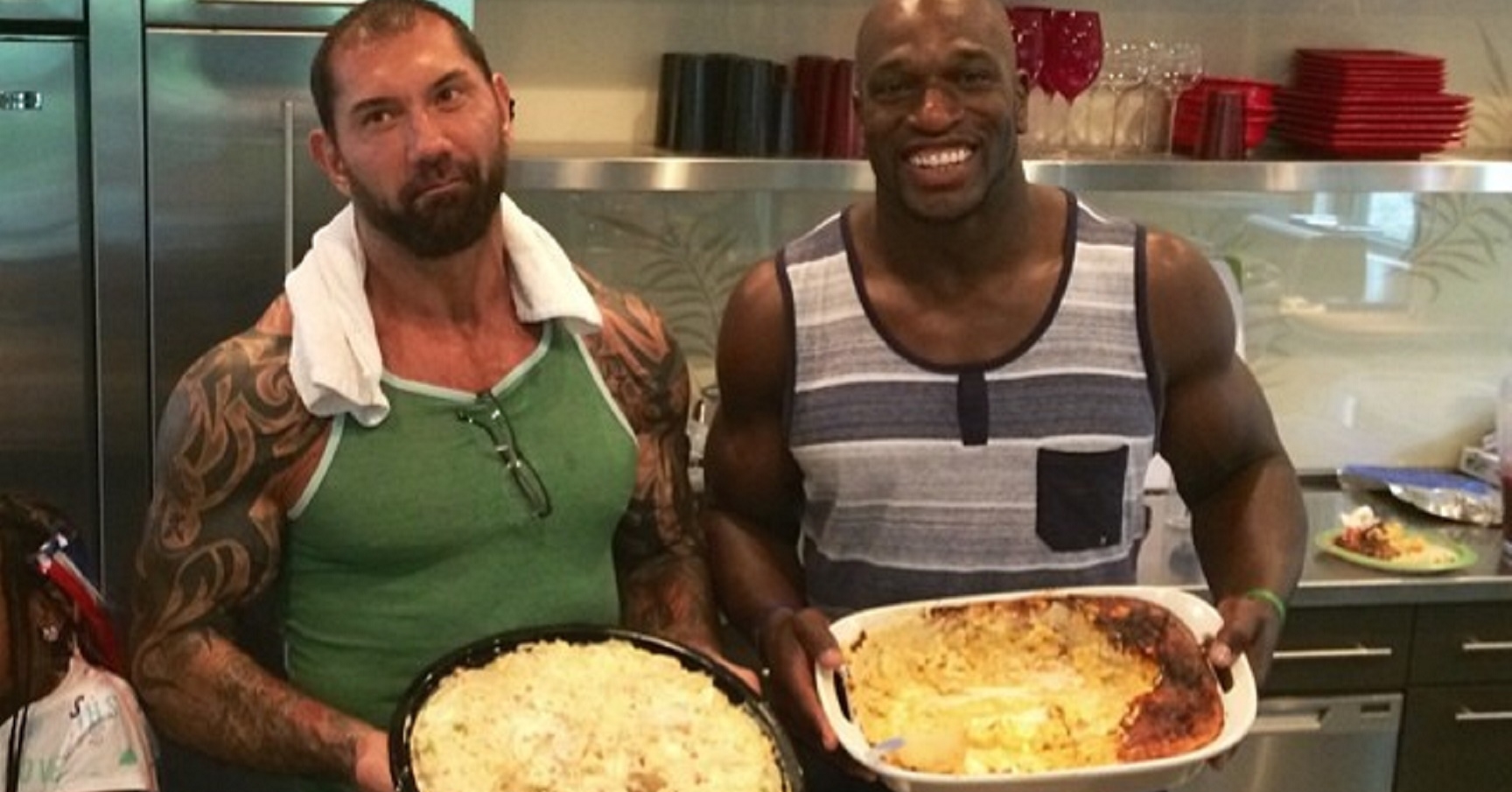 The Titus O’Neil suspension situation in WWE is one of the more incredibly awkward stories in recent memory. O’Neil grabbed McMahon at the end of the Daniel Bryan retirement speech coverage as the show was going off air, and while it was weird, it seemed to be all in good fun. Apparently, it wasn’t and O’Neil has been suspended for 60 days, reduced from 90.

Batista, who was once fined $100,000 for bleeding during a 2008 match with Chris Jericho and credits that fine for one of the reasons he left the business, sent out the advice he gave to O’Neil.

I did something better! I called @TitusONeilWWE and told him to ask to be released. #onelife https://t.co/ileACzeB8j

That’s probably easy for Batista to say because he’s gone on to become a successful guy in Hollywood. But he does have a point that Titus O’Neil is probably well-equipped to succeed without WWE. He should probably be able to be an assistant coach for a college football team and some sort of ambassador for all the work he does as a parent and with kids.

As for WWE, they’ve responded to allegations that race played a part in O’Neil’s suspension. They released a statement saying, “The suspension of Titus O’Neil had nothing to do with race and everything to do with unprofessional conduct.”

Look, I’m the last person to give WWE the benefit of the doubt when it comes to how they handle issues of race on a company level. But I think anyone calling racism on this move is … *takes off shades* … barking up the wrong tree. Vince McMahon was standing on the ramp, front and center while a wrestler made an announcement that his life was in danger due to CTE issues that occurred in the ring. It just makes Vince and the company look bad for him to be yukking it up during such a somber moment. It looks like they’re all taking CTE and life-threatening brain issues lightly. I have no clue what Titus was thinking, but he messed up.

While I’m not sure what kind of push he was headed for or if he’ll have a push after he returns, I imagine he’ll still be a brand ambassador and the hallmark of WWE’s campaign for awesome dads. So, in the end, I think everything will work out fine for all parties.

Now Watch: Watch The Incident That Got Titus O’Neil Suspended For 90 Days