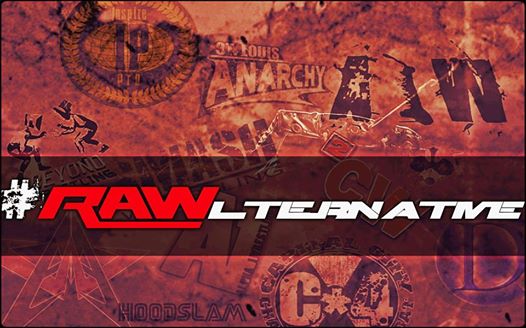 Tired of mainstream televised wrestling? Looking to get into independent wrestling and not sure where to start? Just need a break from all that rampant fist-cocking? If you don’t have time to come to Canada and let me give you a three-hour pitch on why indie wrestling can and should be your favourite thing in the world, let Beyond Wrestling and their RAWlternative event be your guide instead. Tonight – January 19th – they’ll be streaming thirteen full matches for free via YouTube starting at 7:30pm ET.

“The purpose of #RAWlternative isn’t to get fans to stop watching WWE. The purpose of #RAWlternative is to get the internet wrestling community to band together for one night to raise awareness for the mainstream alternatives. If you are unhappy with what you see on your TV every Monday night, please don’t stop supporting professional wrestling. Tune in to #RAWlternative on 1/19/15 and thrust yourself head first into the indie scene. We are teaming with a dozen of the most prominent independent wrestling promotions in North America to broadcast some of the best matches of 2014 to a worldwide audience.” – via Facebook

Often, one of my biggest complaints about independent wrestling is that it can lack a sense of community. These promotions have come together not only to promote themselves, but the real spirit of indie wrestling. I’ve seen five of these matches (two in person), and oh man, the hype is real. Inter Species Wrestling has offered up The Food Fighters (an Italian Chef and a Snow Crab) vs. Ninjas With Altitude (a Spirit Fox and a Spirit Dragon), which…yeah, okay, it sounds pretty ridiculous, but Chef Pasquale is a terrifying delight, and Kitsune is adorable and I want to adopt him like a kitten. Also, wrestling snow crab? Come on.

NJPW’s Takaaki Watanabe faced off against Andy Dalton in Austin-based Inspire Pro Wrestling, and I can safely say both men are two of the most underrated talents working on the American independent scene today. Now, I readily admit my bias towards all parties, however I am basically always right always, so trust me when I say these two wrestlers can blow away anyone they’re put alongside. C*4 gives us some Kevin Steen guy you’ve probably never heard of against Mike “Speedball” Bailey. Even if he’s still a bit green, I haven’t fallen in love with a wrestler as hard and as quickly as I did with Bailey in a long time. He’ll be headed to PWG soon, so now is the time to get into him and look way cooler than everyone else in advance. Gary Jay is a personal favourite wrestler/human of mine, and realistically, I could probably go on for another thousand words about who and what you should watch from these wrestlers and promotions. Thankfully RAWlternative is doing the legwork for me today.

The full lineup is as follows:

As the Beyond Wrestling match is yet to be revealed, please accept this clip of Real Life With Spandex Favourites Team Tremendous against Doom Patrol, because hey, we all deserve nice things: