As you may have heard, Dwayne The Rock Johnson made a surprise appearance at WWE house show this past weekend, and worked a brief angle with a lucky Bo Dallas. Well, it’s since come out this wasn’t Bo’s first run-in with The Great One. 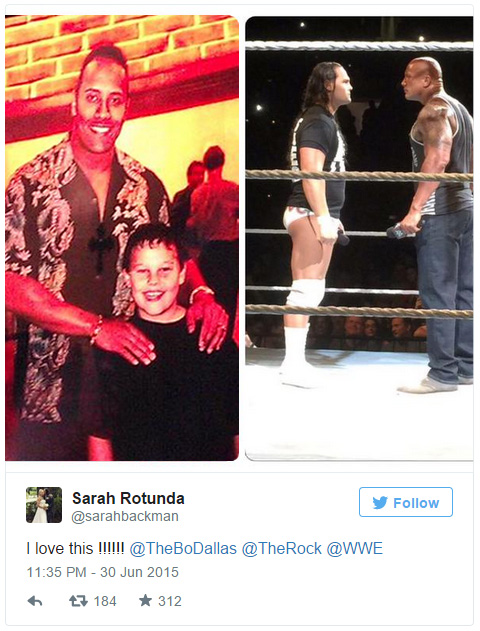 B’awwww. Sometimes celebs don’t look how you’d expect in childhood pics, but that’s exactly how I pictured kid Bo Dallas. So, what did Rock think about his run-in with Bo this past weekend? Sounds like he had a great time…

I’d like to think this means they’re actually going to do something with Bo, but unfortunately, The Rock working with a guy doesn’t always mean that much [side-eyes in the direction of Shane Helms]. But hey, whatever happens, don’t feel too sorry for Bo. Seriously, you may want to Google his wife I mentioned above.