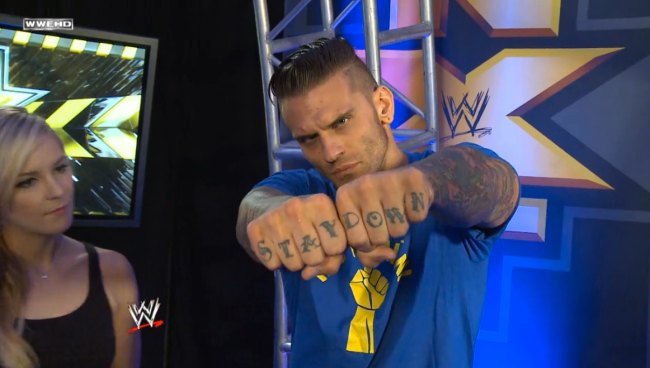 Welcome back for another round of the Dark Match Dungeon! I’ve done at least a dozen of these now, so you probably know the drill. Thanks to the magic of the internet, old footage of today’s wrestling stars exists forever, and I compile it all here in a veritable Now That’s What I Call Bad Haircuts album.

I’ve been on an NXT-heavy streak as of late, with recent editions focusing on Sami Zayn and Sasha Banks. And as luck would have it, I stumbled across a video that can keep that theme going. The man we know today as NXT commentator Corey Graves had a long independent wrestling career before becoming a member of the WWE developmental roster, but how did he land on their radar in the first place? Find out by watching his WWE debut right here.

What To Look For:

This was from an episode of Velocity in June 2006. Graves would get another look from WWE in the following year, but ended up bouncing around various independent promotions until developmental (then known as Florida Championship Wrestling) finally signed him in 2011. As we know now, concussion problems cut his in-ring career short in late 2014, but he’s been doing well behind the analyst’s desk so far. Personally, I’d much rather be hanging out with Renee Young or Rich Brennan than landing on my head to earn my living, so I think he’s taken a page from the Jamie Noble playbook and landed on his feet for a change.