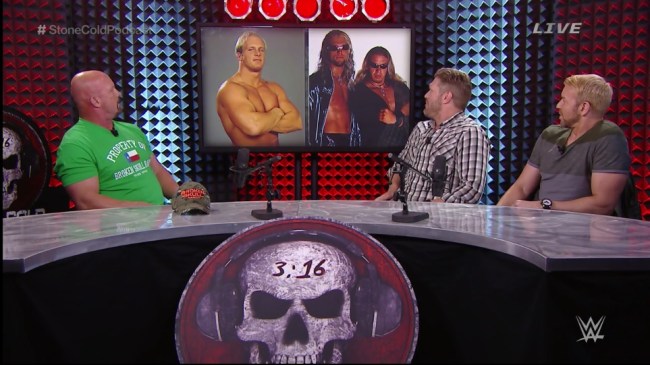 Life comes at you fast.

Another Stone Cold podcast is in the books, and, this time, it was a handicap match. The Texas Rattlesnake sat down with WWE tag team legends Edge and Christian to catch up with what they’ve been doing, and, naturally, it turned out to be a pretty fun episode. Here are some of the choice bits from the conversation.

This might be my favorite installment so far, partly because I am an unapologetic E&C fan for life, but also because it’s just great to watch them share a brain for an hour. I guess three decades of friendship will do that to you. Also, tell me with a straight face that you wouldn’t want to see 2015 New Day go back and be a part of the TLC tag team scene. Tables, ladders, chairs, and trombones.