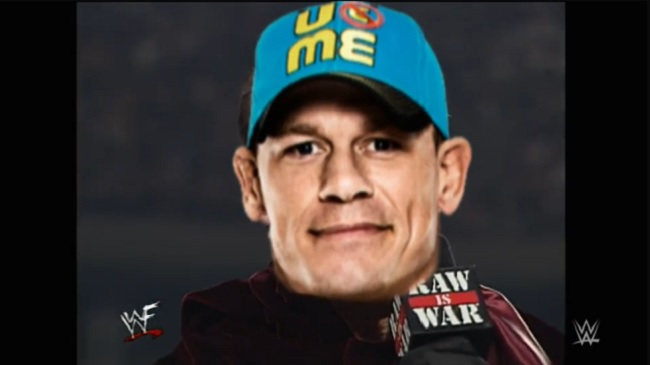 We hope you’ve been enjoying the unexpected John Cena meme, 2015’s interpretation of the Rick Roll. If you haven’t seen it (somehow), John Cena’s entrance theme interrupts a video you were starting to get into. If you have, guess what? WWE finally saw them, and was like, “hey, us too!”

Here’s the WWE version, in which John, “unexpectedly interrupts some of the most iconic moments in WWE history.” You’ll notice some subtle differences … the Z Morning Zoo prank call audio is replaced by Jim Ross, so there’s no “and his name is John Cena.” Plus, they made Cena’s entrance theme sound better, which seems to be missing the entire point.

You can click on the link to WWE.com or check out this YouTube version (while it lasts):

If this all feels familiar, think back to last fall when WWE discovered the Randy Orton “RKO from outta nowhere” Vines and decided to do their own version. This is why we can’t have nice things!

Next year when Dana Brooke saying “hi-heena” becomes a huge meme and shows up on your Facebook wall 30 times a day, give it a codename or something. Keep it underground. We live in a world where memes star in smoking prevention commercials.