Rumor: Undertaker Vs. John Cena Is Your Probable WrestleMania 32 Main-Event 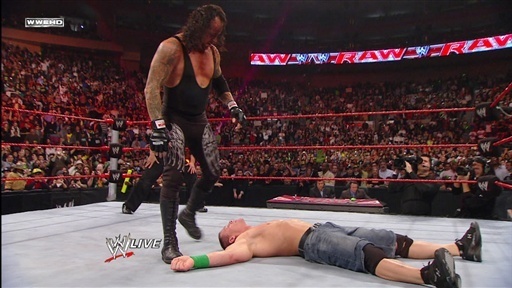 With Seth Rollins’ devastating knee injury keeping him out for WrestleMania, it seems like WWE had to scramble and bust out the Big Joker to get people to fill up Jerry World. That last trump card they have is The Undertaker vs. John Cena. According to the Dutt Sheets, that’s exactly the direction the company is going for the Granddaddy of Them All.

2. Is this where John Cena turns heel? This is the only way he absolutely can be a heel. If he cheats and ends The Undertaker’s career, then he’s going to be the biggest heel in the business. People are so attached to The Undertaker that Cena cheating to end his career and even coming out on RAW the next night and ruining Taker’s retirement moment would put him over the edge.

3. This also raises the potential of Undertaker winning the tournament at Survivor Series. It’s his 25th anniversary and now he probably doesn’t have that match with the Wyatts because WWE needs to fill tournament slots. What if Taker takes on Bray in the finals and wins the belt? Now we have Taker vs. Cena for the title and his career.

Either way, WWE is clearly scrambling, and Undertaker vs. Cena is a massive match that can get mainstream appeal. I just question the way we got to this point.