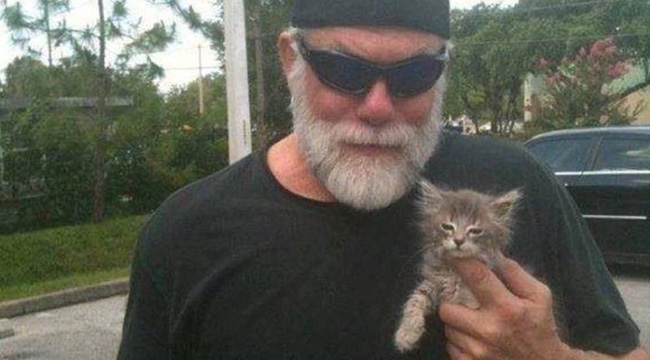 We don’t need to give you reasons to love the late, great Macho Man Randy Savage. The pro wrestling legend and long-overdue WWE Hall of Famer still commands the hearts of old and new wrestling fans alike. His brother Lanny — also known as WWF wrestler The Genius and my personal favorite Poffo — recently took to Facebook to remind us that even though he’s gone, those new reasons still exist:

Randy rescued a one-armed kitty about six months before he died.

His wife still owns the cat who was named JYC, in honor of his fallen friend, JYD (Junkyard Dog)

Is anyone else incredibly sad that we don’t get a modern-day Macho Man series of animal rescue PSAs? Senior and special-needs pets always need extra help to convince people to take them home. And, you know, as a tiresome scumbag vegan, clearly I’m way more into the idea of Macho Man aggressively telling everyone ADOPT DON’T SHOP instead of snapping into a Slim Jim. Even though we don’t get that, a quick search reveals that there are numerous cats named Macho Man across the U.S. available for adoption, so hey, maybe think about rescuing a new little dude of your own.