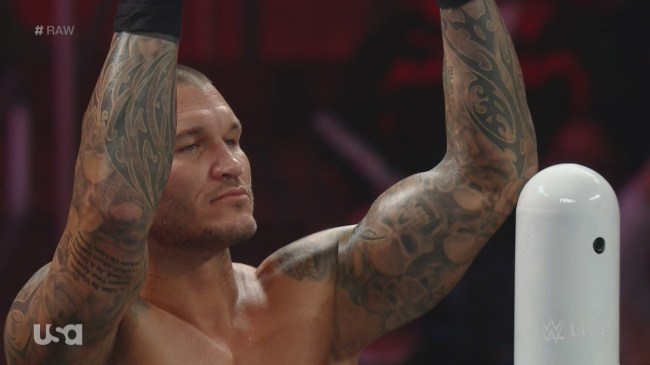 If you traverse the history of backstage antics in pro wrestling you’ll come across a whole host of hotheads that made business a little hard for some folks. Just look up Scott Steiner and the crap he used to pull — especially on rookies — and you’ll get your fill of gross backstage disrespect. While Randy Orton is probably nowhere near the level of Steiner, if you’ve read enough blogs and dirt sheets on pro wrestling then you know he’s a little bit of a hothead. If you want video evidence of such, well, then there’s this:

(In all honesty, that reporter was kind of asking for it.) Brad Maddox, former WWE talent and referee, recently sat down with the Pancakes and Powerslams podcast and spoke about a few topics, one of those being Randy Orton’s behavior in the backstage area.

Randy [Orton] would get angry at something in a match. I remember a few instances when I was a referee, so I was in [the Gorilla Position] a lot of the time. A few times he would say things or threaten other guys, like right there in Gorilla, and I would be standing there with my eyes wide open, not believing that he is saying this in front of all the producers and in the same room with Vince. I was kind of amazed by that.

When Orton returns this year, will he bring the same bad attitude that he’s carried in the past?