Sting Has Issued A Statement On His ‘Career Threatening’ Injury 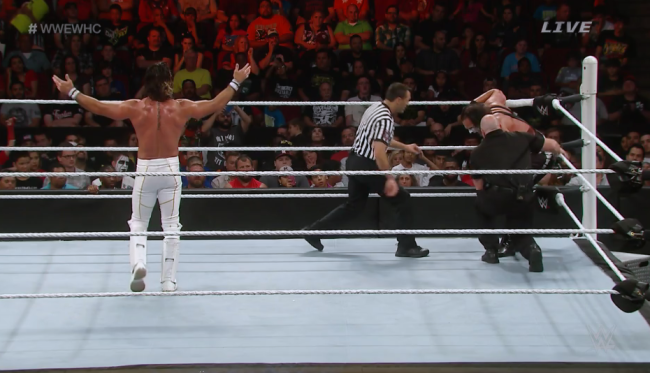 After the rumours of an injury that could potentially end his very, very infrequent modern in-ring career, and a pretty non-committal WWE acknowledgement that Sting is hurt, Sting’s manager has issued the following statement via ‘The Real Sting’ Facebook page:

“As many of you may already know, Sting is undergoing treatment for the injuries he sustained in last night’s match with Seth Rollins. Doctors will continue to evaluate his condition, but he is a man of remarkable health and resiliency, especially at his age and with all he’s endured throughout his stellar career. Therefore, we are optimistic he will have a speedy recovery and return to full health soon. Sting has kept his body in excellent shape, due largely to the guidance he’s received from his personal trainer Jeff Cavaliere (ATHLEAN-X), and we trust this will prove beneficial to the recovery process. As a side note, we later learned the greatest damage to his body took place before the match was over, but being the true professional he is and among the hardest workers to ever step foot in the ring, he insisted to see the match through to the end.” –Steve Martinez

So there you have it. Sting is a super mega great dude who is injured but not in a way anyone wants to discuss in explicit detail, and it definitely happened during his Night of Champions match against Seth Rollins.

As soon as anyone does want to get explicit (in the non-sexy way)(but most definitely if it’s in a sexy way), we’ll let you know.