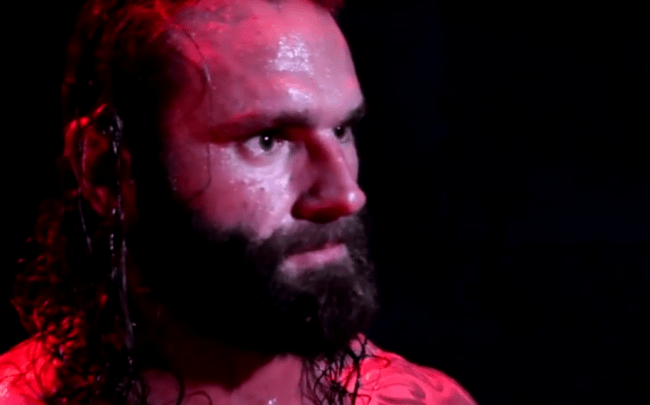 On Sept. 6, Gunner wrestled in southeast promotion PWX, where he apparently took umbrage to a well-known local fan’s comments on social media. Instead of calling him a chump, or whatever insult a dude like Gunner can muster, or just ignoring it like a professional adult wrestler, according to Dave Meltzer of The Wrestling Observer, he kicked him square in the chest. There are no barriers separating the fans from the ring, so it supposedly happened when this fan got too close to the ring.

@PWXWrestling the take overs on. XPerience has happened. And for the record don't be a stupid fan and come to the ring. You will get kicked

Despite those tweets, Gunner of course, denies everything:

In 15 years i have never touched a fan. In 15 years i have never let a Chant get me mad or angry or what ever it says. The “dixie”s reject” Chant was awesome and i used it to better the promo and story. Im loving all the backlashing here from people that wasn’t even there. I feel its time to protect myself and say something. Will i apologize? no because fans need to know their boundaries. If you watch i shoved this guy Adrian Rohr back with my boot. This isn’t the first time that PWX has had issues with him. Ask Billy Brash, ask Brian Kanabroski who runs PWX. Do i care that he has bashed me using his keyboard at home? NO. I still lay my head down at night on a pillow that i worked hard to pay for. Do i care that Thomas Simpson and Greg Price trash me? No. i remember a few years ago how much they loved and praised me for my hard work. I still don’t understand the hatred these 2 have for me but OL well. Ask Abel Adams about me. He has been there when a fan rushed the ring towards me. I will protect myself. I have way more saying i did the right thing as Rohr came towards the ring and slapped the mat while throwing me the finger. The seats that night where 8 to10 feet back from the ring. I will leave it at this. I am a professional, regardless of opinions, and i will stand up for myself and this business. I have enough emails, pictures and reliable sources and info to prove there have been more than this incident involving this fan. God bless and thanks to all my supporters and to my haters……Thanks even more cause you make me work harder. Until next time
yours truly
Gunski

Now…listen. Putting your hands on a fan is serious business. So is putting your hands on a wrestler. There needs to be a mutual respect between fan and worker alike. I think the real thing we all need to calm down and focus on, however, is that Gunner refers to himself as “Gunski.” Amazing. Not even on television anymore and still finding ways to brighten up my life.

Here’s the thing: If he’s mad over some tweets, what on earth is gonna do when he finds out about all those old Impact Best and Worsts? Brb buying some chest pads and maybe building a bomb shelter just in case.