WWE’s SummerSlam went down in Brooklyn last night, with plenty of highlights to go around for wrestling fans. Jon Stewart hosted the event and managed to play a big role in one of the night’s biggest matches, Arrow star Stephen Amell went off the ropes in his wrestling debut, and there were plenty of surprising finishes. The night’s main-event saw Brock Lesnar take on Undertaker in a rematch of the WrestleMania bout that claimed The Undertaker’s legendary streak.

Although the rematch had an underwhelming finish, the match itself was pretty entertaining. The best part came when both wrestlers were sitting side by side, bloodied and tired, and began laughing maniacally in each other’s face. Undertaker’s terrifying laugh face instantly became the greatest highlight of the night, and for good reason. Just look at this thing:

As you can imagine, social media ran wild with the face and immediately turned it into an internet meme. Here are some of the best:

BROCK: "I've had her meatloaf and it really is bad." UNDERTAKER: "No one talks about my wife's meatloaf but me!" pic.twitter.com/lBdA28Ygy5

When someone thinks Tony Romo can get u to a Superbowl pic.twitter.com/u9ihqcnnyY 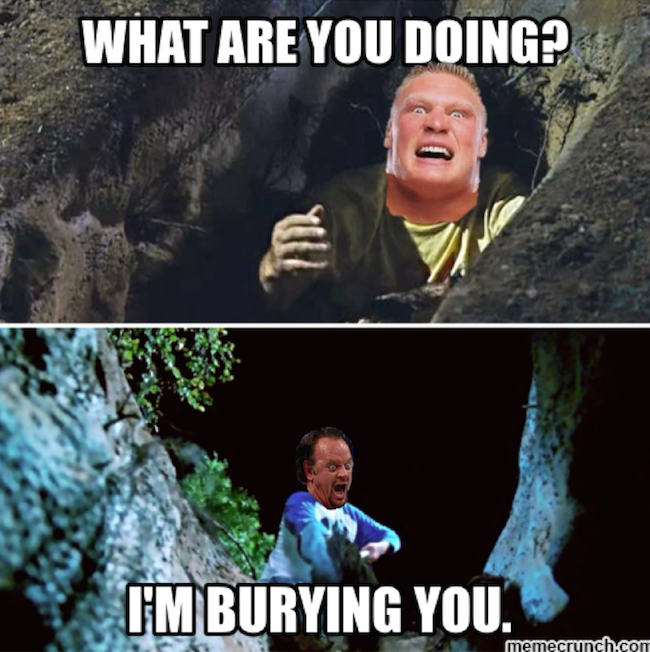 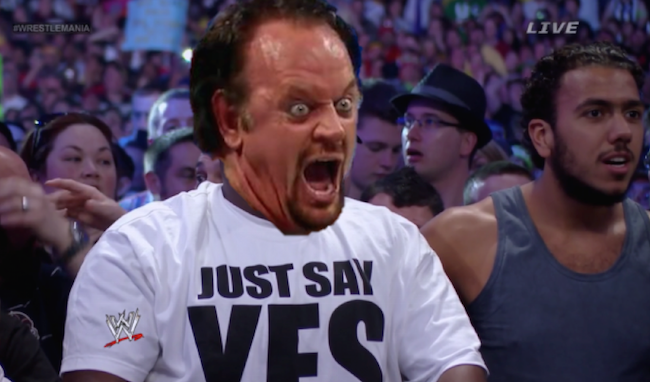 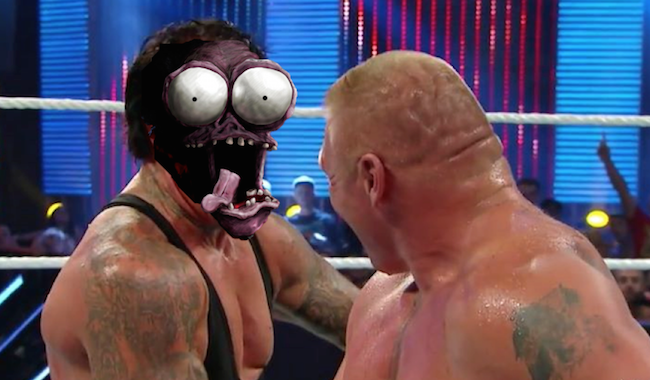