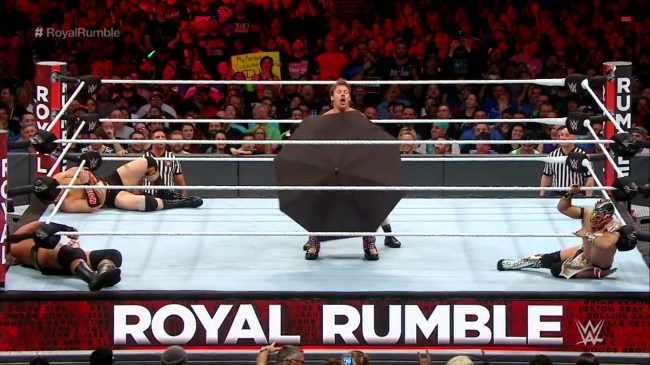 Here are your official 2017 WWE Royal Rumble results. The show featured Chris Jericho suspended above the ring in an actual shark cage, and a much-anticipated title match between AJ Styles and John Cena. Be sure to check back Monday for the Best and Worst of the Royal Rumble.

2. Kickoff Raw Tag-Team Title Match: The Club defeated Sheamus and Cesaro (c). Anderson was able to cheat and roll up Cesaro while grabbing his tights to get the pin and walk away with the titles.

4. Raw Women’s Championship Match: Charlotte (c) defeated Bayley. After tossing her to the outside, Charlotte used the Natural Selection on the apron to retain her title.