If you didn’t think the Hulk Hogan vs. Gawker trial was bananas enough, well, we just can’t figure out what trial you were watching. Between the bonkers jury selection, the opening statements referencing the Nazi regime, and oh, Hogan discussing how big his dick is on court record, the whole thing was wild.

If you missed all of the details in the trial that saw Hogan handed $115 million, plus $25 million in punitive damages, don’t fret. Taiwanese Animation is here to break down the trial and make sure everyone is up to speed.

The video features a jury of Hulkamaniacs who look like they should be floating above the earth on the Axiom, a voyeuristic SpongeBob SquarePants as Bubba the Love Sponge, and Hulk Hogan’s Andre the Giant-sized…well, you know: 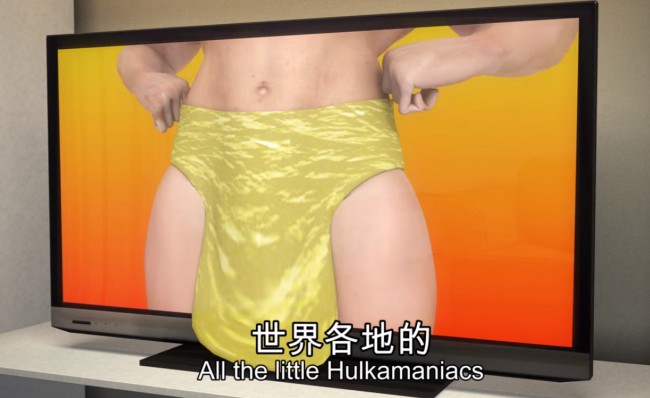 The Hogan trial taught us a lot of things, such as “don’t joke about child pornography when you’re trying to look sympathetic to a jury,” “maybe leave the Nazis out of the opening statement you’re saying out loud when people are putting your words on record,” and “there’s no comfortable way to explain to your mother that Hulk Hogan has a canonical 10-inch penis.” Where’s my reward for the emotional distress that conversation caused, huh?