WWE Raw kicked off on Monday night with The New Day, but, more importantly, Kofi Kingston wore the pair of new Stephen Curry sneakers that everyone spent the last few days ripping apart on social media. Because New Day is New Day, they managed to spend a few minutes making fun of Kofi for wearing these souped up version of Nike Air Monarch IVs.

Sure, it was funny as anything, but then Enzo and Cass came out and decided to get in on the Kofi roasting. Enzo managed to stay silent – he talked a little later and implied that Xavier Woods’ trombone, Francesca, had been unfaithful (seriously, it was a weird segment and I highly advising watching the whole thing) – but Cass dropped a line calling them “Jerry Seinfeld joints,” which may be better than any joke that we saw on Twitter over the weekend. The WWE Snapchat account, meanwhile, thought they were pretty sweet shoes. 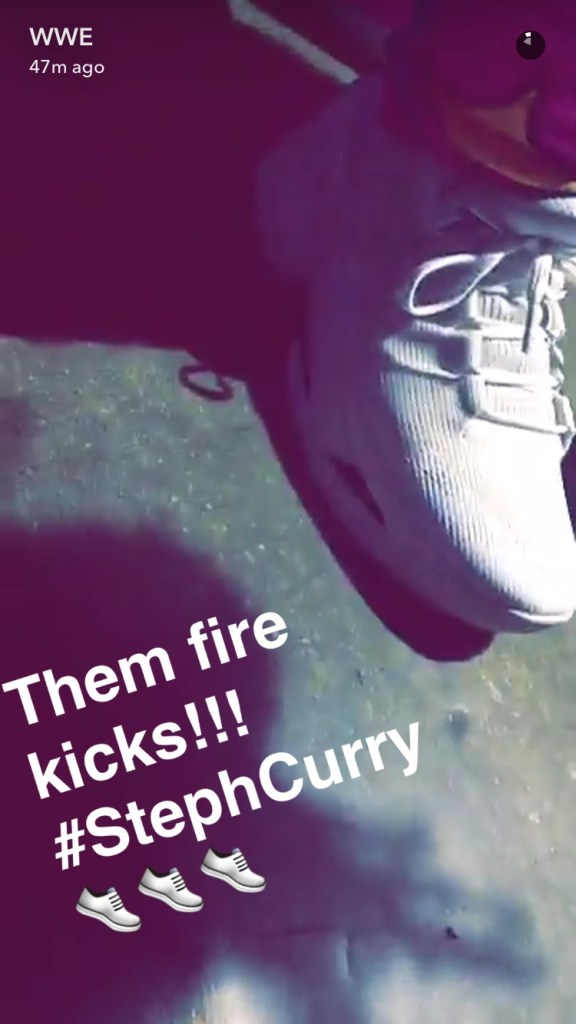 These two teams will compete in a fatal four way tag match for the tag titles at Money in the Bank with The Club and The Vaudevillains. In a perfect world, either New Day or Enzo and Cass will win, a feud between those two teams start, and we just get to listen to them roast each other for the rest of 2016. Oh, and Curry will respond to this the same way he responded to the rest of the criticism over the sneakers. That would be fun.