Tell Me A Lie: 7 Hulk Hogan Stories That Nobody Actually Believes 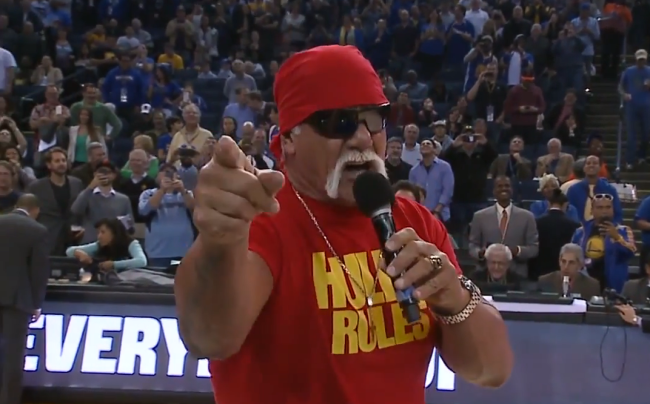 Hulk Hogan has quite an interesting relationship with hardcore wrestling fans. While we can recognize his importance as an icon and how we may have thought he was awesome as a child, age and a deeper knowledge of wrestling has made us a bit jaded towards the Hulkster. That’s because we know about his history of putting himself over, maybe killing WCW and telling huge lies to make himself seem cooler than he is.

So, we generally choose to acknowledge his importance in the grand scheme of wrestling… while also recognizing that he can be known to skirt the truth ever so often. Here are seven of his most egregious tall tales:

Elvis was a Hulk Hogan fan. In Hulk Hogan’s WWE-produced autobiography, he said that he was such a big deal in Memphis that Elvis used to come watch his matches. That’s pretty cool. The one problem is that Elvis died in 1977, and Hogan didn’t start wrestling in Memphis until 1979. There are a bunch of people to lay blame on for this, notably the book’s editor, WWE and Hogan himself. But if you read WWE autobiographies, you know that the ghostwriters tend to just make sh*t up. So, it’s possible that Hogan never actually said this. Maybe he gets the benefit of the doubt here… maybe.

He could have been in Metallica. One of Hogan’s oldies but goodies is that Metallica and/or The Rolling Stones wanted him to play bass for them. Here’s an actual Hogan quote:

“I used to be a session musician before I was a wrestler. I played bass guitar. I was big pals with Lars Ulrich, and he asked me if I wanted to play bass with Metallica in their early days, but it didn’t work out.”

The beauty of this lie is that it was one of the big Hogan lies that he actually got called on. Lars was on The Howard Stern Show, and he fervently denied that he ever asked Hogan to play for Metallica and even acted like he didn’t know who Hogan was.

Hogan has sort of backed down from those claims, saying he simply sent an audition tape to Metallica and The Stones when they needed bass players. Still, it’s a bit of a stretch either way, especially considering that Metallica needed a bass player after Cliff Burton died in 1986, a few months before WrestleMania III. Would Hogan have actually left being the biggest draw in wrestling to play bass for an upstart rock band? Not likely.

For what it’s worth, here’s Hogan playing bass, so we know he can do it:

André the Giant’s weight. The story of André the Giant’s weight going into the infamous match at WrestleMania III is one of Hogan’s favorite ever-changing stories. All of the promos leading up to WrestleMania had André at 550 pounds, so he was probably closer to 450 pounds. Hogan, though, likes to boost up the weight as the years go on. For example, a couple of weeks ago, Hogan told Bill Simmons that André actually weighed in at 650 pounds, and that he tore his biceps after the bodyslam. He also said he tore every muscle in his back during the bodyslam, too, and never missed any time.

Everything else about his match with André the Giant. Hogan has also gone on record saying that he didn’t know the outcome of the WrestleMania III main-event with André, even as the match was going on. He contends that there was zero indication of who would win or how the match would go. Hogan even says that he wasn’t told he would bodyslam André until seconds before it happened, and that André was the person who made the call.

There’s no way Vince McMahon leaves the biggest match in his company’s history up to the wrestlers to decide. There’s no way Hogan goes to the ring without knowing he’s bodyslamming André and winning. This is just ludicrous. Add in the fact that Bret Hart confirmed during a Legends of Wrestling episode that André was all for putting Hogan over in the big match, and I’m taking Bret’s word over Hogan’s.

Cameras caught him and Macho Man actually fighting. Remember the infamous Saturday Night’s Main Event where the Mega Powers exploded? The angle was simple: Hogan was caring for Ms. Elizabeth, and a paranoid Macho Man didn’t like it. Well, on the recently released Macho Man documentary, Hogan says that the cameras were catching a real-life backstage fight between he and Macho due to the Hulkster’s hand being too close to Liz’s boob or something. This episode is infamous for the blooper of Hogan live on camera asking the director, Dick Ebersol, to count him down to let him know when cameras were rolling. Hogan says this all happened because of the real-life fight between him and Savage. Basically, if you ever meet Hogan and die, he’ll say whatever he wants to about you. 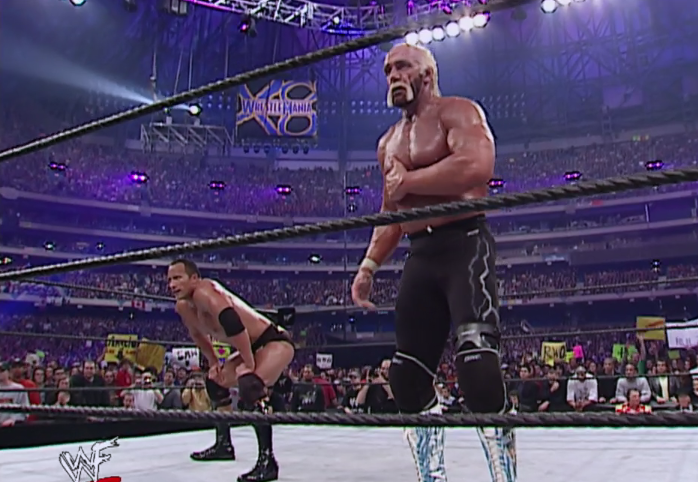 The broken rib. If you watch the end of Hogan’s epic match with The Rock at WrestleMania X8, you’ll notice him clutching his ribs. You might just think it’s him selling a rib injury… which is probably the case. However, Hogan has two stories about the ribs, depending on how he’s feeling. Originally, he’s said that Rock broke his ribs delivering a Rock Bottom during the match, a move that’s hurt literally zero people. The other story is that Hogan went into the match with his ribs already broken after a botched spot at a house show match with Rikishi. At least, that’s what he told Bill Simmons, and we now know everything he told Simmons was a lie. 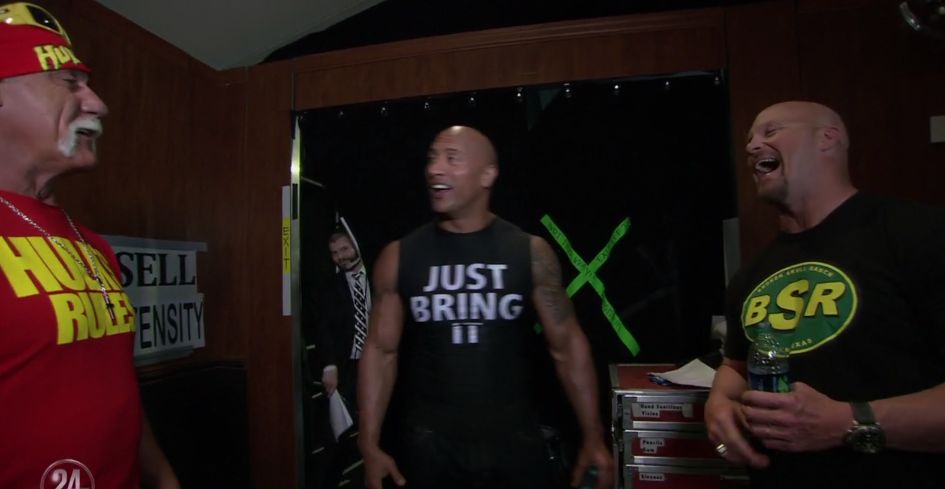 The WrestleMania XXX surprise. For most of us, Hogan accidentally saying that we were in the “Silverdome” instead of the “Superdome” in front of 75,000 people was a harmless mistake. For Hogan, it was a moment that left him mortified. So, he did what Hogan does and made up a story to cover his ass. First, he blamed his mistake on André the Giant. Every time Hogan talks about the mix-up, he talks about how he was “rattled” from a press conference he was doing right before the intro where he was talking about the Silverdome. So, when he went to the ring, it was fresh on his mind. That’s fair, but Hogan goes on to say that he didn’t know Stone Cold Steve Austin and The Rock were coming to the ring for the segment. That’s also fair, except for the WWE 24 documentary that showed the three of them getting ready for the WrestleMania opening segment.