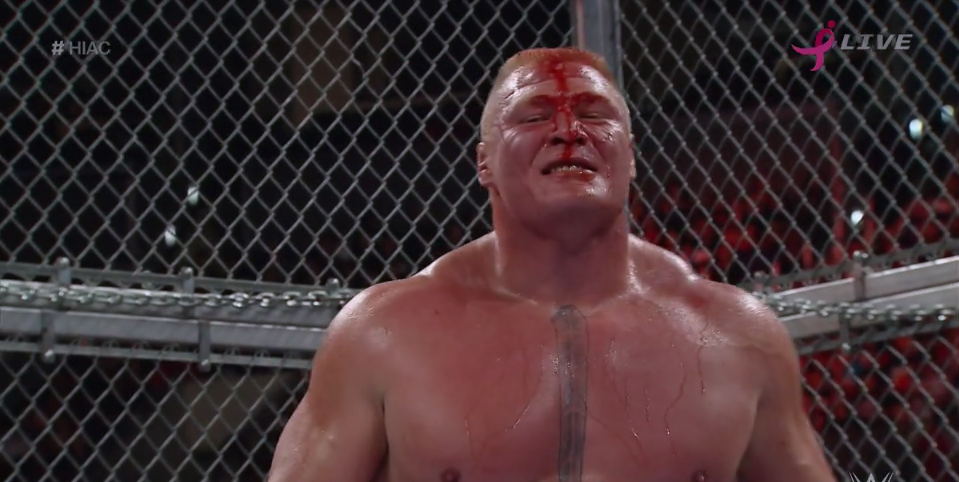 One thing Hell in a Cell matches have missed over the last decade or so has been blood. It’s just hard to imagine people in deadly feuds when nobody is able to make the other person bleed. That all changed on Sunday night when Undertaker and Brock Lesnar both bled during their main-event. Lesnar hit his head on the turnbuckle and started bleeding. Then he seemed to punch Undertaker on the head until he bled.

According to the dirt sheets, Vince McMahon was in Gorilla losing his mind over the fact that his main-event featured a gang of blood during the PG-era. He’s notoriously been furious when these things happened — with Ric Flair famously telling the story of getting chewed out after bleeding during the WrestleMania VIII co-main event.

I doubt McMahon will actually reprimand Undertaker and Brock because, really, what can he do? The question remains, though: Did Undertaker and Brock bleed on purpose? Well, it seems like Brock has found a science when it comes to bashing his head into his knuckle when he does the turnbuckle spot in order to get some blood. I’ve always thought that he took his glove off at WrestleMania 31 so his knuckle could cut his head. But that’s just me speculating, and I’m an idiot.

Whatever the case, Vince should be happy it didn’t look like this. 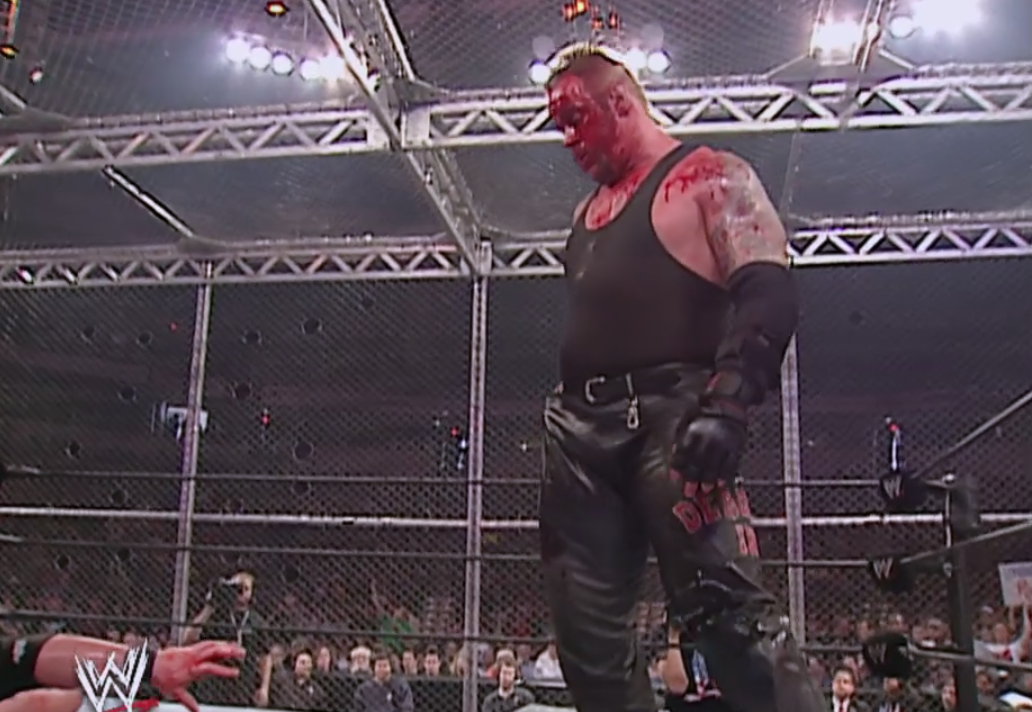