A Look At The Most Ridiculous Paychecks WCW Ever Wrote 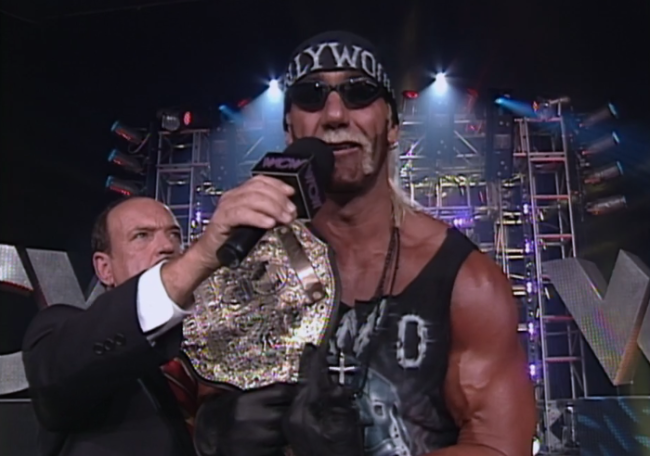 There are a lot of reasons why World Championship Wrestling ended up failing, leaving itself to be purchased by their main competitor, Vince McMahon, for $3 million. One of the issues, though? The amount of money they were dishing out, and who they were paying it to. In an attempt to compete with WWE, WCW ended up giving out some huge, and occasionally puzzling, contracts. Due to a racial discrimination lawsuit brought against Turner Sports, the contracts of WCW’s personnel between the years 1996 and 2000 were disclosed. That information has been compiled by some enterprising folks on the internet, so now we can find a lot of interesting information all in one place.

The highest paid wrestlers over that period of time are not surprising, although just how much money Hulk Hogan made is staggering. We broke down Hogan’s ridiculous WCW contracts a little while back, but they’re worth mentioning again. Hogan made a little over $13 million in that five-year period. The second highest paid wrestler during that time, Bill Goldberg, made a little under $9 million. However, Hogan is arguably the biggest star in wrestling history. Dishing out big money for him was at least somewhat justifiable. That can’t be said about some other contracts.

For example, Master P – yes, the rapper – was under contract for one year, 1999, with the company. He made $293,000 for doing basically nothing. That’s more money than the American Dream Dusty Rhodes made in three years with the company during that period.

Still, even that pales in comparison to Dennis Rodman’s salary. You remember that NBA Hall of Famer Dennis Rodman joined the NWO for a period of time, right? Here, this will help jog those repressed memories:

Well, in two years under contract, Rodman made a little under $1.7 million, which is completely absurd. That amount is more than Eddie Guerrero and Rey Misterio Jr. made in five years with WCW.

There’s a lot more interesting information in this list, especially if you watched WCW at the time. All but three Nitro girls only made $15,000 a year –including Stacy Keibler, later known as Miss Hancock. The Gambler – the GAMBLER – made more money than Greg “The Hammer” Valentine. In 1998, both members of the Nasty Boys only made one dollar. Please take the time to dig through this database for yourself. The wonders are endless.