‘Moms’ Are To Blame For Roman Reigns Being Shoved Down Fans’ Throats, According To Joey Styles 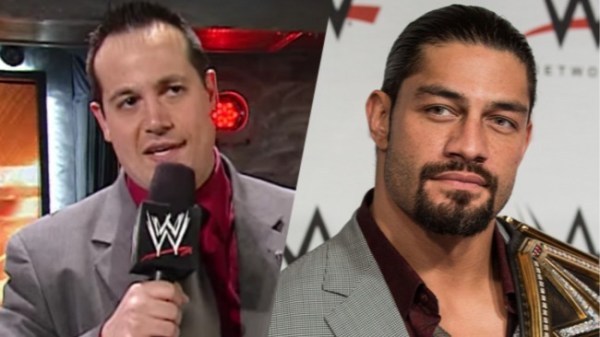 Former ECW announcer Joey Styles has been working behind the scenes in WWE for years, serving as the head of WWE.com. But man oh man, is it good to see him onscreen again. Recently, he sat down with Cathy Kelley for a lengthy Facebook Live Q&A which he describes early on as his “shoot interview.” He candidly discusses Finn Bálor (he loves him), the WWE Universal Title (he’s not wild about the name), a three-man commentary team (he hates it) and more. But that’s all before it gets really good.

Around the 22-minute mark, Cathy Kelley — sweet, innocent, baby duckling Cathy Kelley — can’t even bear to finish asking him the user-submitted question, “Why has WWE tried so hard to shove Roman Reigns down our throats as a babyface for so long?” Styles doesn’t hesitate in answering.

“Bottom line is, if our chairman thinks he sees a future star as a babyface, that’s how things are gonna play out … But the answer is Vince thinks it can work. He’s been right much, much, much, much, much more than wrong over the course of the last 40 years. I’m sorry, but I’m not gonna second-guess the chairman.”

Kelley goes on to say that all her female friends love Reigns, to which Styles responds:

The whole Q&A is worth a watch, just to see Joey Styles tell WWE to sign Joey Ryan, despite his, as Styles describes it, “professional associations” that are decidedly un-PG. (There’s also some seriously nerdy discussion of the differences between German, dragon and tiger suplexes, if that’s what you’re into.)