Over the weekend, Chance The Rapper reprised his perpetually clueless, sports correspondent character Lazlo Holmes on Saturday Night Live, mining the character’s inexperience with Esports for comedy gold. And while the impression that may leave is one that suggests rappers and Esports have little in common (“Esports is what white and Asian kids were doing while Black kids were inventing hip-hop”), the two interests actually have a lot more in common than it may seem — and they are about to intersect more closely than ever before, amusingly, through the very same game Chance and SNL sent up last Saturday.

Riot Games announced today that its game League Of Legends would soon debut it own, in-game virtual rap group made up of real-life stars. True Damage, the five-person digital band and in-game set of avatar skins, will team up to perform “live” at the League of Legends World Championship Finals on November 10. The group consists of League of Legends’ champions Qiyana, Senna, Akali, Ekko, and Yasuo, who will be voiced by real-life performers Becky G, Keke Palmer, Soyeon of (G)I-dle, Duckwrth, and Thutmose. The skins for the characters will be available to purchase as well; the skins for two of the female members, Qiyana and Senna, were designed by Louis Vuitton’s Artistic Director of Women’s Collections, Nicolas Ghesquière.

So a lot of people have been asking where I’ve been since POP/STARS. I’ve kept it quiet so far but I’ve been working on a side project with some new giants. don’t sleep on us #truedamage #leagueoflegends #riotgames

For those unfamiliar, Becky G is a rising star in the Latin music realm after debuting as a teen pop-hip-hop aspirant — she also appears in the 2017 Power Rangers film as Trini Kwan. Keke Palmer most recently appeared in Hustlers alongside Cardi B and Jennifer Lopez. Soyeon is a K-Pop star who raps as part of the girl group (G)I-dle. Duckwrth is a Los Angeles-based who recently released the EP The Falling Man earlier this year and appeared on the Spider-Man: Into The Spider-Verse soundtrack — along with Thutmose, a Brooklyn-based, Nigerian rapper who debuted last year with the mixtape Man On Fire.

According to the press release:

Check out the group’s album cover and skins below. 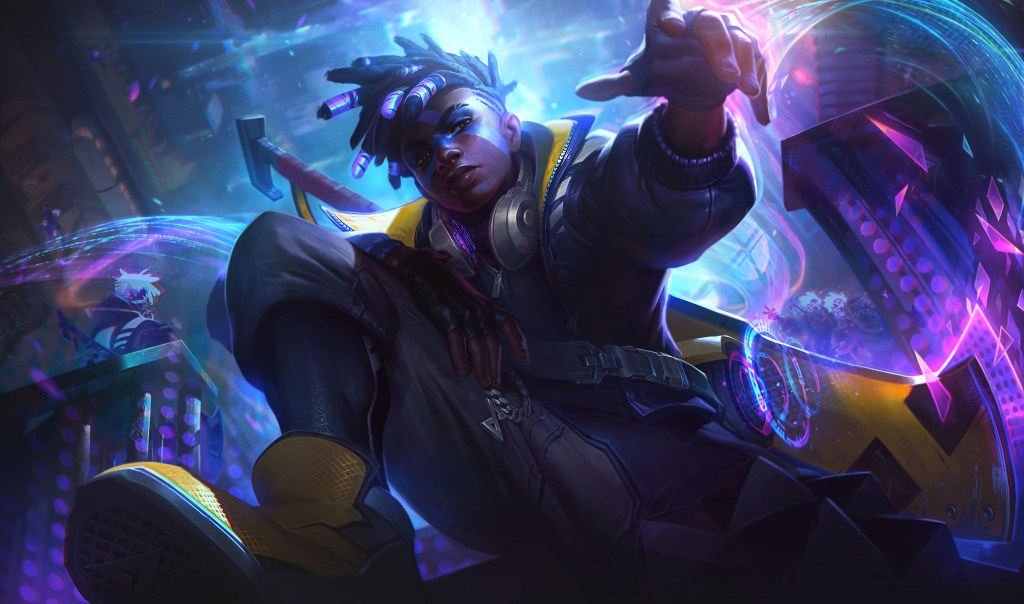 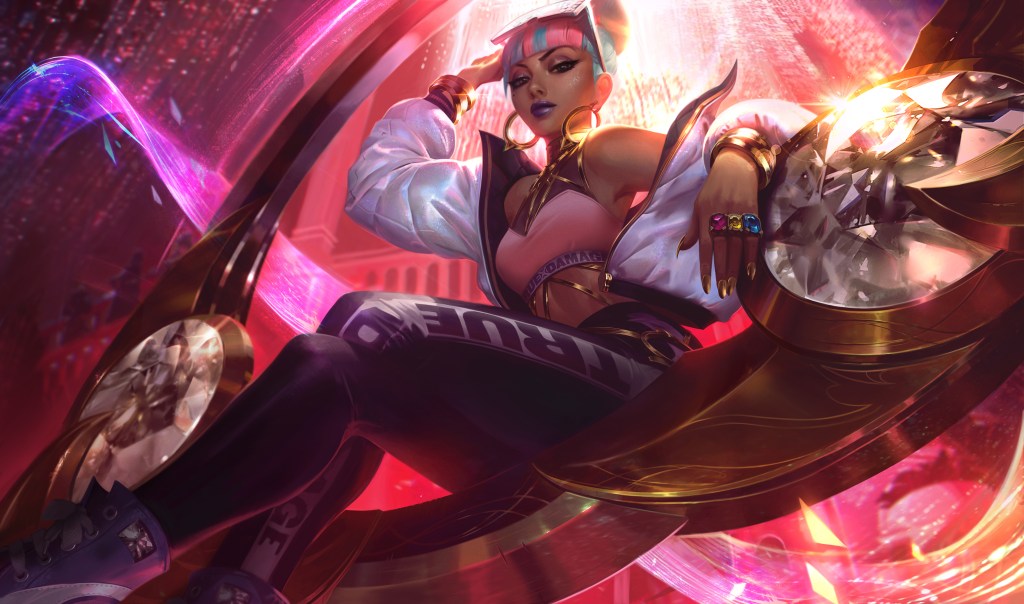 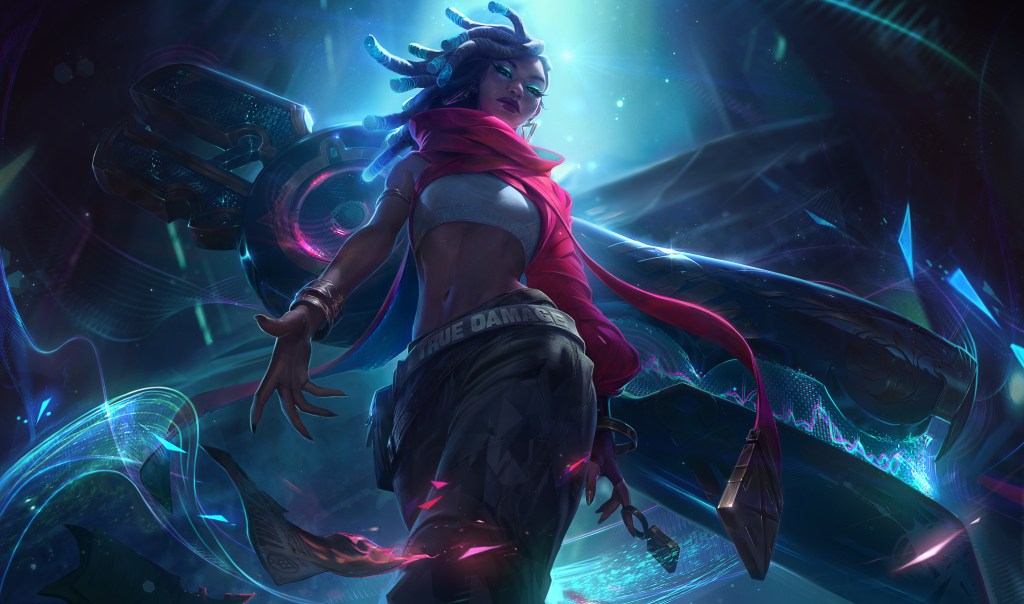 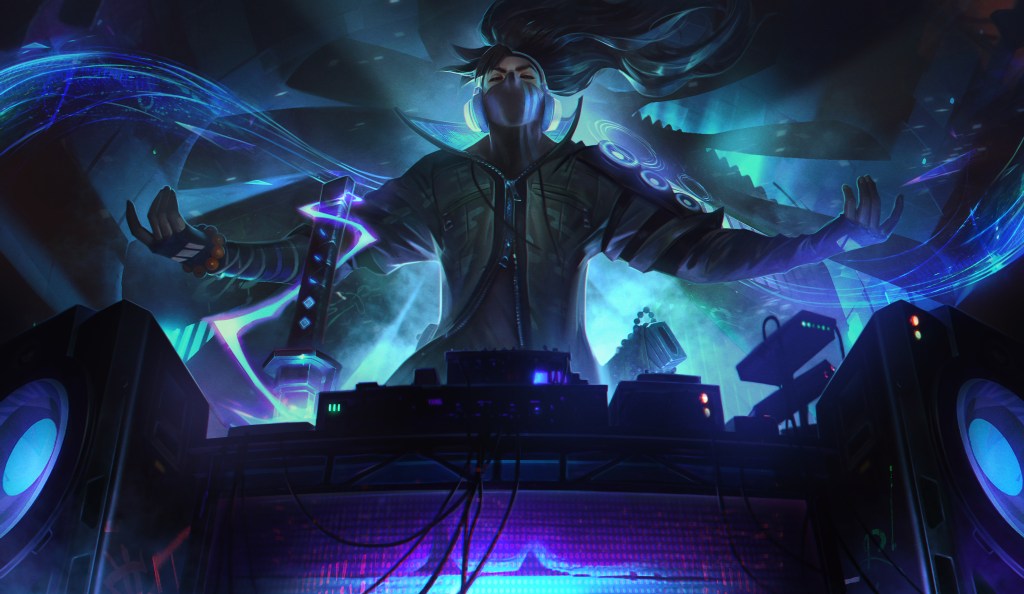 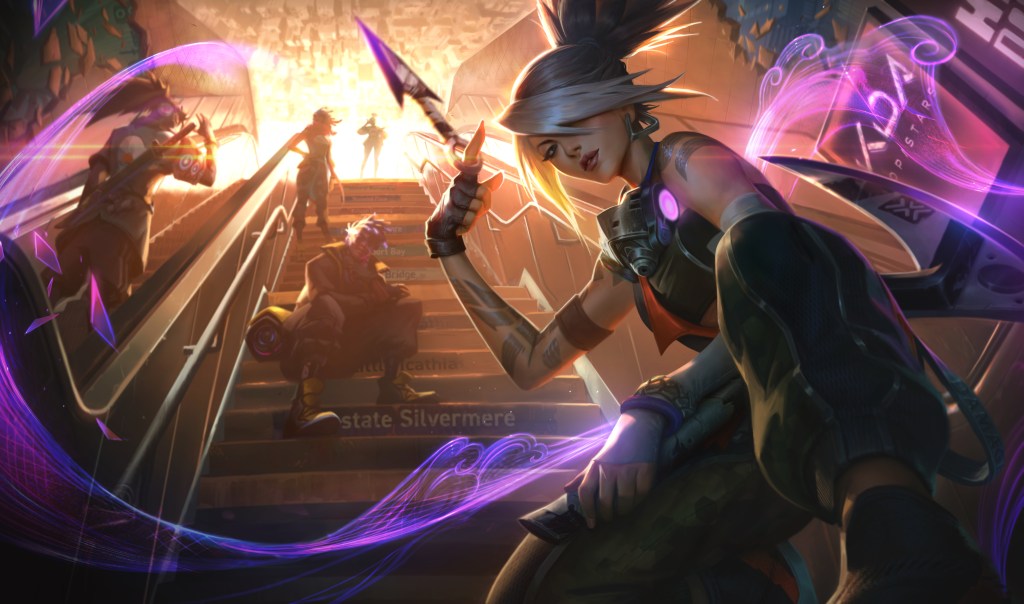